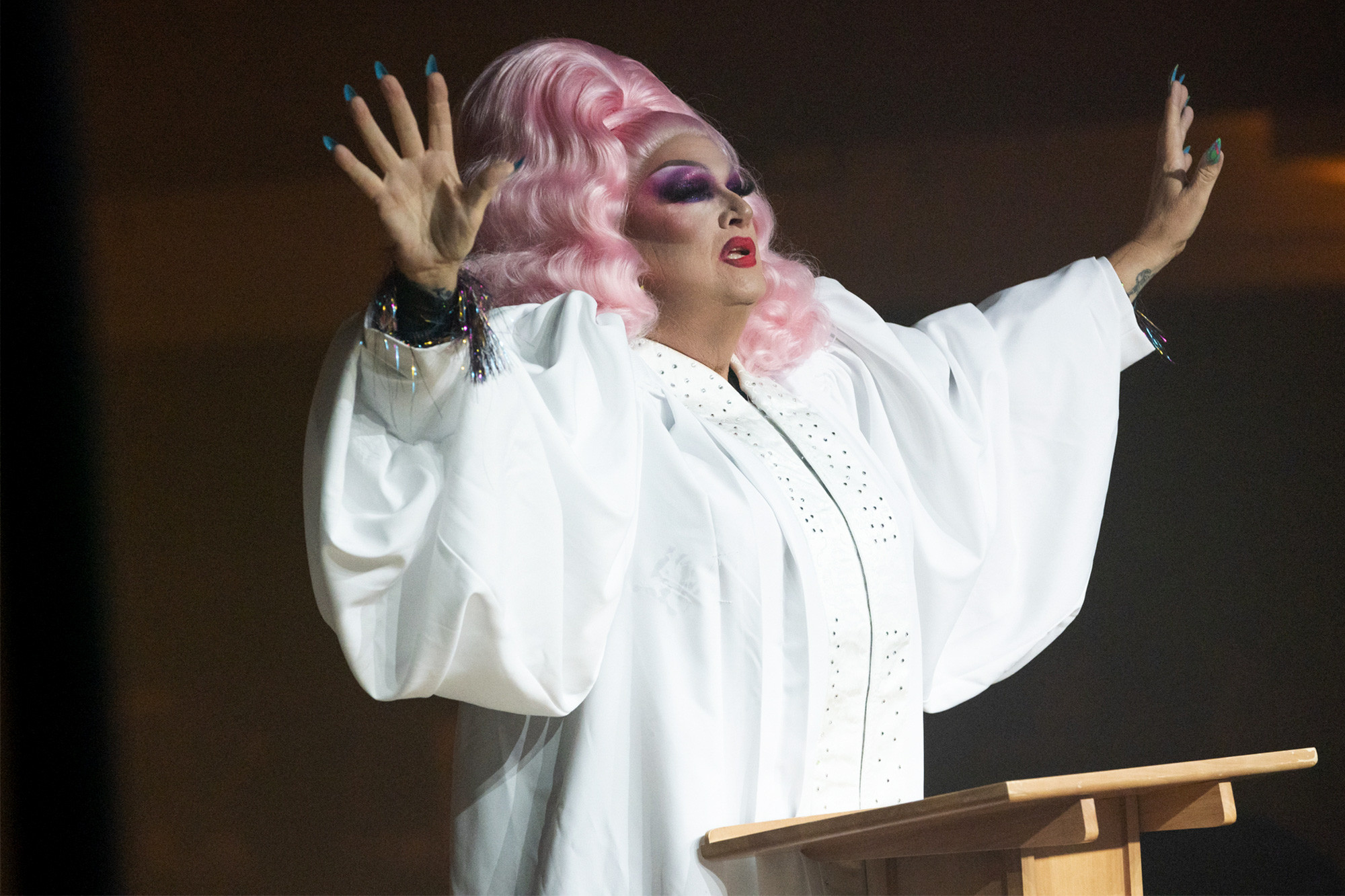 An Indiana Pastor has allegedly been “relieved of pastoral duties” after appearing in drag last month on HBO’s Emmy-nominated docuseries We’re Here.

A GoFundMe page has now been created for Pastor Craig Duke by community members in Evansville, Indiana, after he demonstrated his progressive and accepting attitude toward queer and non-binary people, including his pansexual daughter, by dressing up in drag in the episode.

A statement on the GoFundMe page read;

“Unfortunately, Craig’s participation in this show caused much turmoil in the church that he was serving at the time and ultimately lead to him being ‘relieved of pastoral duties’ at that church.

“Craig will continue with a significantly reduced salary until no later than February 28. Obviously, this poses a major challenge to Craig and his family as they determine their next steps.”

Duke was further described as “a man of faith, a father, a husband, a social justice advocate, and ally for the LGBTQIA+ community who has fought for a fully inclusive church that is welcoming to people of all races, all genders, and all sexual orientations.”

News of Pastor Duke allegedly being “relieved” of his duties, was first reported by Queerty, followed by The Advocate, and it has caused several stars of We’re Here to react.

Drag queens Eureka! and Shangela, who both take part in the show’s central mission of visiting different parts of the country to help foster acceptance and safe spaces for queer individuals, have reacted to the report.

“Craig is an amazing person and deserves the same love that he shares with everyone around him.

“Everyone met Pastor Craig a couple of weeks ago on the Evansville, IN episode of #WereHere Sadly his participation in the show has caused the Church to “relieve him of his pastoral duties.” If you can donate, great! If you can’t, please share!”

Shangela posted an impassioned video to Instagram on Monday, immediately after landing at LAX airport.

Shangela wrote that Pastor Craig “has been bullied by a large portion of his church congregation out of his role (or with relieved duties) because of his showcase of love for the LGBTQ+ community. Let’s take a stand.”

We’re Here co-creator Stephen Warren told PEOPLE that, while the creators “expected resistance” along the way, “we didn’t expect this to happen to Craig,” going on to describe how there were community members who took issue with him because he appeared in full drag.

Though Newburgh United Methodist Church in Evansville did not immediately respond to the report, the institution sent Queerty a copy of the letter that members of the Newburgh UMC were sent in November after the outlet published its report.

Mitch Gieselman, superintendent of the south and southwest district of the Indiana United Methodist Church in the letter said that much of the information concerning the status of Rev. Craig Duke that had been circulating “has been less than completely accurate.”

“No single resolution will be satisfactory to all. I’ve received numerous calls and emails that are highly critical of Craig’s actions, and I’ve received numerous messages of support for him. In such a polarized climate, our main intent is to foster an environment in which both NUMC and the Duke family can move forward in grace.

“Rev. Duke is being relieved from pastoral duties effective December 1, 2021. He will not be available to perform any pastoral functions at NUMC,” the statement read, adding that Duke and his wife Linda will be able “to reside in the parsonage until no later than February 28, 2022, but he will not be at the church in any capacity.

“Craig has not ‘resigned,’ nor has he been ‘fired,’ as these are not actions that are consistent with our appointment system. While there is a diversity of opinion regarding the moral implications of Rev. Duke’s actions, he has not been found to have committed any chargeable offense or other violation of the United Methodist Book of Discipline.

“In short, Craig has reached a place where he feels unable to continue to serve in parish ministry at present. During his time of being relieved from pastoral duties, he will be engaging in a process of renewal, reflection, and recovery,” the statement continued, later adding, “Our desire is to provide an opportunity for Craig to again be able to utilize his numerous gifts as a pastor in a local congregation. He will not, however, be returning to the NUMC pulpit.”