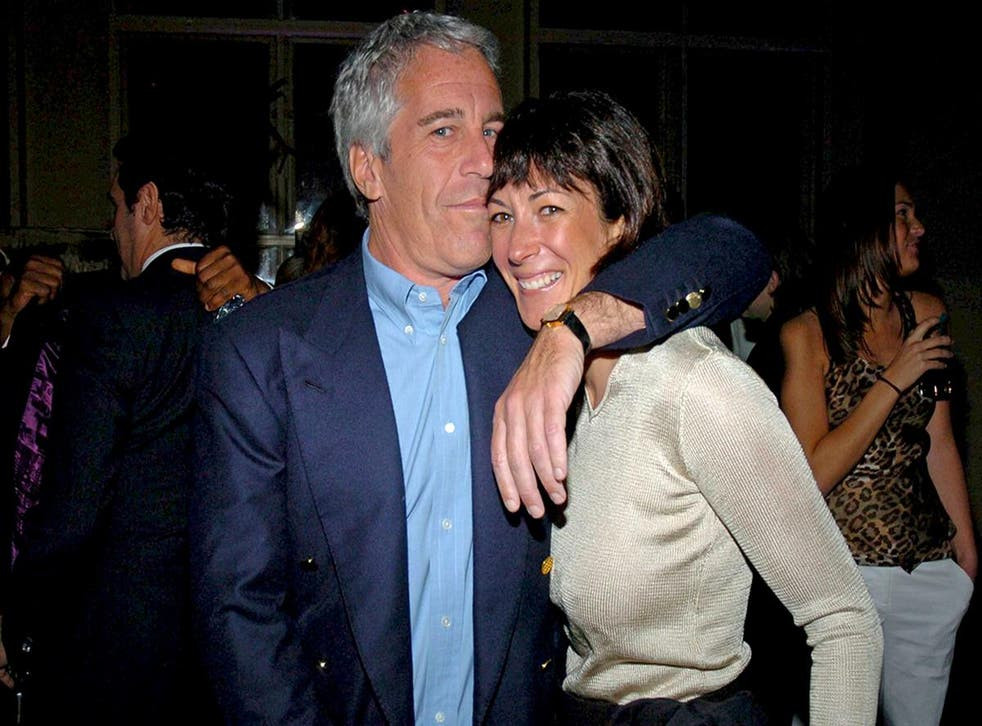 A former British model testified Monday and shared details of how she was allegedly lured to Jeffrey Epstein by Ghislaine Maxwell at 17 and asked to recruit other girls to give him oral sex.

The woman, identified only as “Kate” for privacy reasons, testified that the British socialite introduced her to Epstein at Maxwell’s London townhouse in the early 1990s and convinced her to give him a sexual massage soon after.

She said Maxwell even tried to get her to recruit others to give the late pedophile oral sex, telling her he liked “cute, young, pretty” girls, “like you.”

The witness, now 44, said the duo promised to help with her budding music career and bragged about the powerful people they knew, including Prince Andrew and Donald Trump.

The publishing heiress “seemed to know everybody,” Kate told the court.

“She was friends with Prince Andrew, friends with Donald Trump. Sometimes their names would just come up or she would be talking on the phone about them with me present,” the witness said.

On one occasion, Kate said, she was made to wear a schoolgirl outfit to have sex with Epstein at his Palm Beach, Fla., mansion.

The testimony came on the same day the jury saw bank statements that showed some $30 million transferred from Epstein’s accounts to Maxwell’s between 1999 and 2007, including about $7 million used to buy a helicopter.

Kate, who says she now works with women who suffer from trauma or substance abuse, testified that she only cut off contact with the late sex offender in her early 30s after she became a mother.

Before the witness took the stand, Judge Alison Nathan instructed jurors that Kate was not a victim of the crimes charged in the indictment against Maxwell, since she was above the age of consent when she met Maxwell and Epstein.

Because of her age, prosecutors were not allowed to question Kate about the details of the sexual conduct between her and the wealthy pedophile.

Still, the soft-spoken blonde, who wore her hair pulled back in a bun, described how she was led by Maxwell to give Epstein sexualized massages at the accused madam’s London apartment when she was 17.

One of the first times, Maxwell allegedly told the teen to “have a good time” after she opened the massage room door to reveal a naked Epstein.

When the massage session was over, Maxwell told Kate that she was “such a good girl,” adding, “so happy you were able to come,” the witness testified.

The witness said she was introduced to Maxwell in Paris through a friend of hers she dated on and off, and was later invited to her posh London home for tea.

“She seemed very exciting and she seemed like everything that I wanted to be,” Kate said about the older woman.

“I thought that she was going to be my friend.”

Maxwell talked up her “boyfriend,” telling the teen that he would “love” her and that she was exactly the kind of person he liked to help, Kate recalled.

She met Epstein a few weeks later, at which point she massaged his feet and shoulders — and he and Maxwell commented on how “strong” she was, the witness recalled.

The massages later turned sexual, taking place a few more times in London, as well as at Epstein’s home in Palm Beach and his private island, which he called “Little St. Jeff’s,” in her early 20s.

Kate recalled that the first time she saw Epstein naked, Maxwell was standing next to her, telling the jury, “I remember it so clearly because I was terrified and frozen.”

Maxwell, however, acted as if everything was “fun,” behaving “almost like a schoolgirl,” Kate said.

“Everything seemed to be like a fun, silly joke,” she told the jury.

Once in Florida in the ’90s, Kate said, she arrived to find a pleated skirt, white socks and shirt laid out for her on a bed.

“I thought it would be fun for you to take Jeffrey his tea in this outfit,” she said Maxwell told her when she asked about it.

Maxwell gave Kate a tray, which she took to Epstein, who then engaged in sex acts with her near his pool, the first of several times that occurred during the trip, the witness said.

Afterward, Maxwell “asked me if I had fun” and said, “You are such a good girl,” adding that Kate was one of Epstein’s “favorites,” she testified.

Over the course of her involvement with Epstein and Maxwell, Kate said she began abusing cocaine and sleeping pills.

“I did not want to admit what happened to me,” she said.

Kate resisted cutting herself off from the pair, she said, “because I had witnessed how connected they both were and I was fearful.”

During cross-examination, defense attorney Bobbi Sternheim raised that when Epstein was jailed in Florida years ago, Kate had asked to visit him and signed her correspondence to him “love, always.” She also noted that Kate has previously spoken out about Epstein and Maxwell using her real name.

Kate said she now wanted to testify anonymously to protect her daughter, and because “I have a huge amount of humiliation and shame around the events that took place.”

Sternheim tried to paint Kate as a social climber looking to advance her modeling career, and suggested that drug use could have affected her memory — something the witness denied.

“It has not had an impact on the memories I have always had,” Kate said, later adding, “I remember what happened when I was 17 with Ghislaine and Jeffrey because those events come back to me all the time.”

Sylvester Oromoni: “You are not fit to be called a mother” – Elizabeth Jack-Rich lambastes Dowen College’s Director, Lami Phillips

I was working in three studios at the same time, didn’t have friends- Ckay recounts struggles before stardom