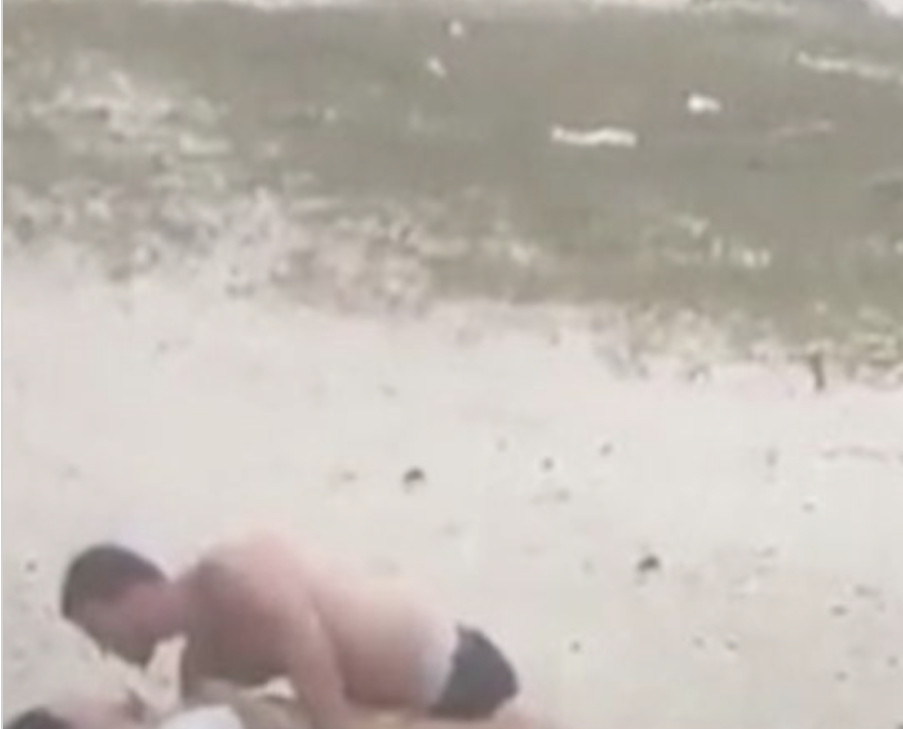 A couple have been arrested after they were seen allegedly having sex in the middle of a busy beach in Brazil.

They were caught on camera appearing to have sex on the beach in a popular tourist hot spot in Cabo Frio in Rio de Janeiro on December 4.

The couple reportedly didn’t care about the other sunbathers around them on Praia do Forte beach.

The footage, which has since been shared widely on social media, shows a man lying on top of the woman with other people nearby.

The woman’s dress is pushed up above her waist, leaving her naked from the waist down, and the man’s briefs appear to be pulled down slightly in front.

The man can be seen moving his hips backwards and forwards while on top of her.

Cabo Frio City Hall said that the matter was with the police to investigate but stated “having sex on the beach” was “indecent”.

Police confirmed that they were still investigating the footage and that they had not yet received any complaints.

The suspects had been detained but their identities have not been made public.

That age is so sensitive. They need you