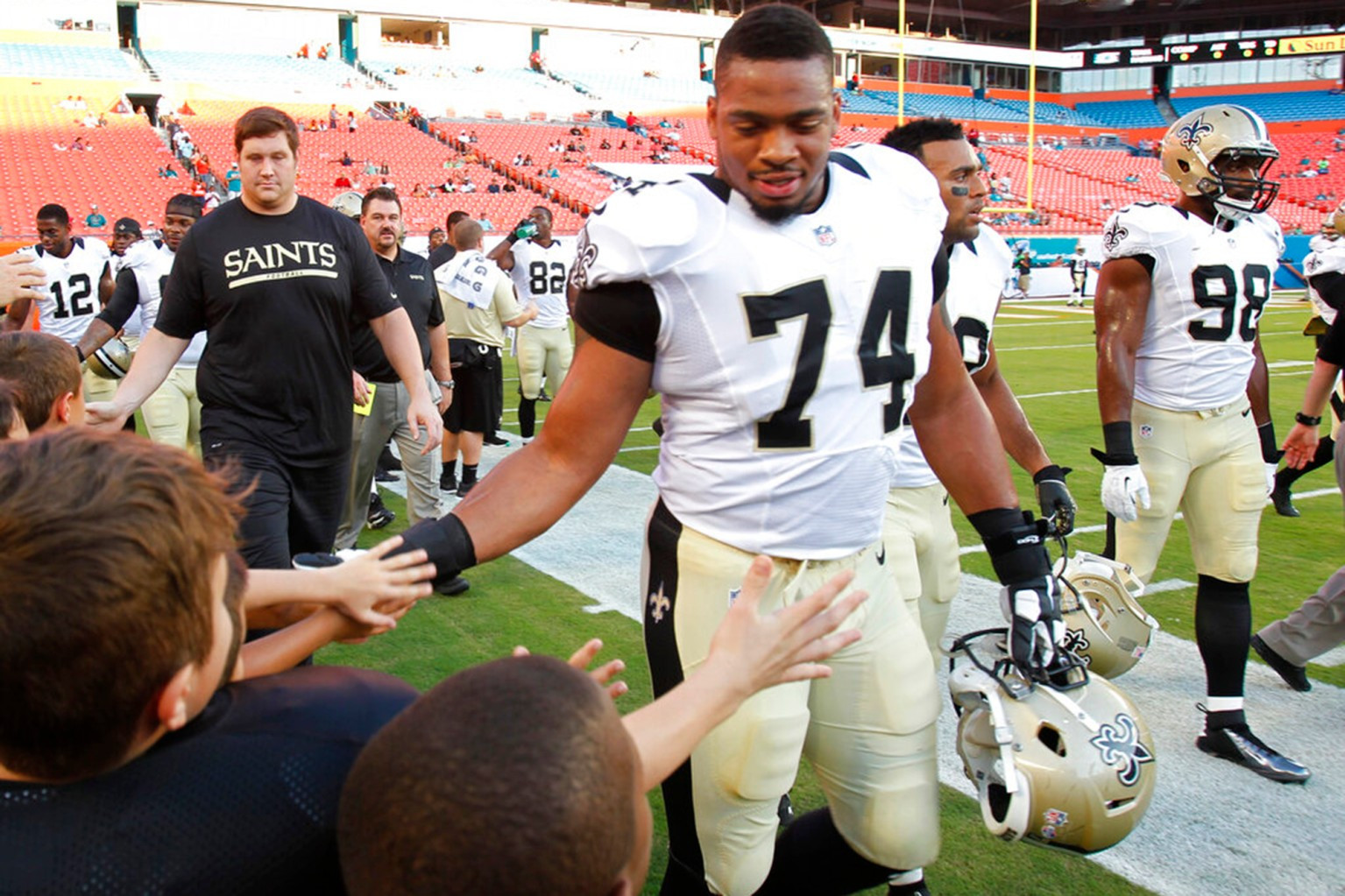 Former NFL player, De Glenn Foster who was arrested on December 4 after he led cops on a wild chase, has died in police custody.

TMZ reported that Reform Police Department chief Richard Black said an officer clocked Foster while he was going 92 MPH in a 45 MPH zone, and when he tried to stop him, the former football player took off.

Foster evaded cops for roughly 8 miles, driving into the nearby town of Gordo. Black said cops eventually deployed spike strips to get him to slow down. The police chief said Foster was ultimately taken into custody there and was “uncooperative,” pushing cops into wrestling him on the ground to get the cuffs on him.

He was booked into the county jail on Saturday December 4, but it’s unclear exactly what happened to the former New Orleans Saints defensive lineman after he arrived. He was booked again on Sunday December 5, on charges of simple assault and robbery.

Law enforcement officials in Alabama revealed that the former football player died on December 6, while in custody. He reportedly died at a medical facility in Northport and his corpse has been released to the Alabama Department of Forensic Sciences for further investigation.

The Alabama Bureau of Investigations, at the request of the Pickens County Sheriff’s Office, is investigating the death. Once the investigation is complete, it will be turned over to the Tuscaloosa County District Attorney’s Office.

Foster attended high school at Mount Carmel before playing football at the University of Illinois and then later professionally with the New Orleans Saints. He was an undrafted free agent who appeared in 17 games with the Saints in 2013 and 2014. He reportedly stayed in the New Orleans area after his playing career ended, working as a developer, contractor and real estate agent.

His family said he had a wife and four children and lived in Louisiana. They said they are devastated by their loss.

“My dog has more social media followers than you…” – Reno Omokri tells a critic.

This is not an industry, it’s a cabal -Kizz Daniel laments