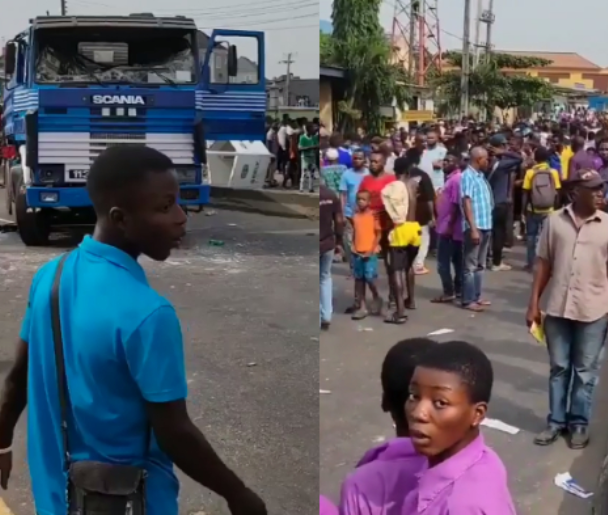 The Federal Road Safety Service (FRSC) has denied involvement in the accident that led to the death of students of Ojodu Grammar School.

Students were crushed to death by a speeding truck on Tuesday afternoon, Dec. 7.

There were reports that the driver was being chased by the FRSC officials when he lost control and killed the students.

Responding, FRSC Lagos command spokesperson, Olabisi Sonusi, said its officials had no hand in the tragedy.

He explained that the articulated truck lost control at the Grammar School Bus Stop and his men only intervened after the crash.

The statement by the FRSC spokesperson reads: “After the accident, the men of the FRSC were called upon by passersby to help intervene after the crash happened.

“The general public should disregard the disgruntled information being circulated by some unscrupulous elements that FRSC men caused the crash.

“We want to place on record that our men were not in any way involved in the cause of the crash as patrol activities were not ongoing along that axis as of the time of the crash.”

They don’t bully you as much as they bully me – DJ Cuppy tells sister, Temi