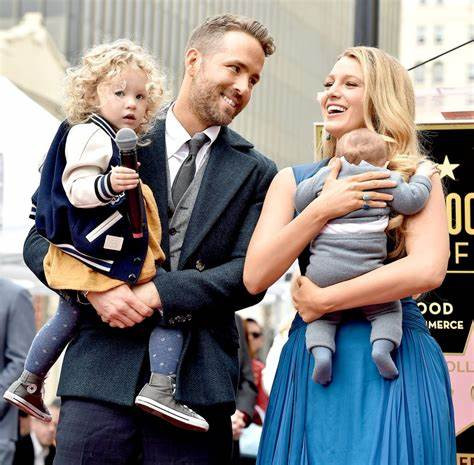 I don’t want to miss this time with my kids

Hollywood actor, Ryan Reynolds has opened up on why he decided to take a break from acting.

The 45-year-old Deadpool star, explained why he took the decision in an interview with LinkedIn News Senior Editor at Large Jessi Hempel.

When asked about his “sabbatical”, Ryan stated that the biggest thing for him is not missing any time with his kids.

“The biggest thing for me, and I know you have kids as well, is that I don’t want to miss this time with my kids.”

Reynolds also revealed that he is “extremely passionate” about his creative agency Maximum Effort, which he co-founded in 2018, and software platform MNTN, where he serves as the Chief Creative Officer. MNTN acquired Maximum Effort in June.

The actor who shares daughters James, 6, Inez, 5, and Betty, 2, with wife Blake Lively, went on to explain why this is the “perfect time” for him to take a break.

“When I’m shooting a film, I’m oftentimes in Europe, I’m away, there are incredibly long hours, it’s a ton of constant, kind of requirement to be there the whole time — not just because I’m performing but I’m also generally producing and writing on my movies as well.

“They tend to chew and blow bubbles with every aspect of my life when I’m shooting a film.

“So allowing myself to step away right away, it’s sort of the perfect time. Not just for my family but for MNTN and for Maximum Effort, to just kind of focus on those for a little while.”

Reynolds later said he simply wants to “live life like a normal human,” stating, “I want my kids to have a pretty normal schedule. For many years when my wife Blake would shoot a film, I would not shoot a film and I would be with the kids and vice versa. So we would sort of trade off. We never really worked at the same time. But always we were away. So the kids were away too.”

The actor also revealed that that lifestyle has become challenging as their children get older. Reynolds said;

“Now that they’re in school, they have a somewhat normal schedule. I think it’s totally important for their development and I really enjoy being a present dad. I love taking them to school in the morning, I love picking them up. I love that I have the hours in between to focus on the things that I’m really passionate about like MNTN and Maximum Effort. It is a juggling act.”

The Golden Globe nominee briefly shared what life at home was like during quarantine, explaining;

“I certainly don’t miss Zoom school, but it was really lovely — to have that insight and visibility into my kids’ real daily lives and for my wife as well.”

Ryan Reynolds first announced that he was taking a break from making movies in October, after wrapping the holiday film Spirited.