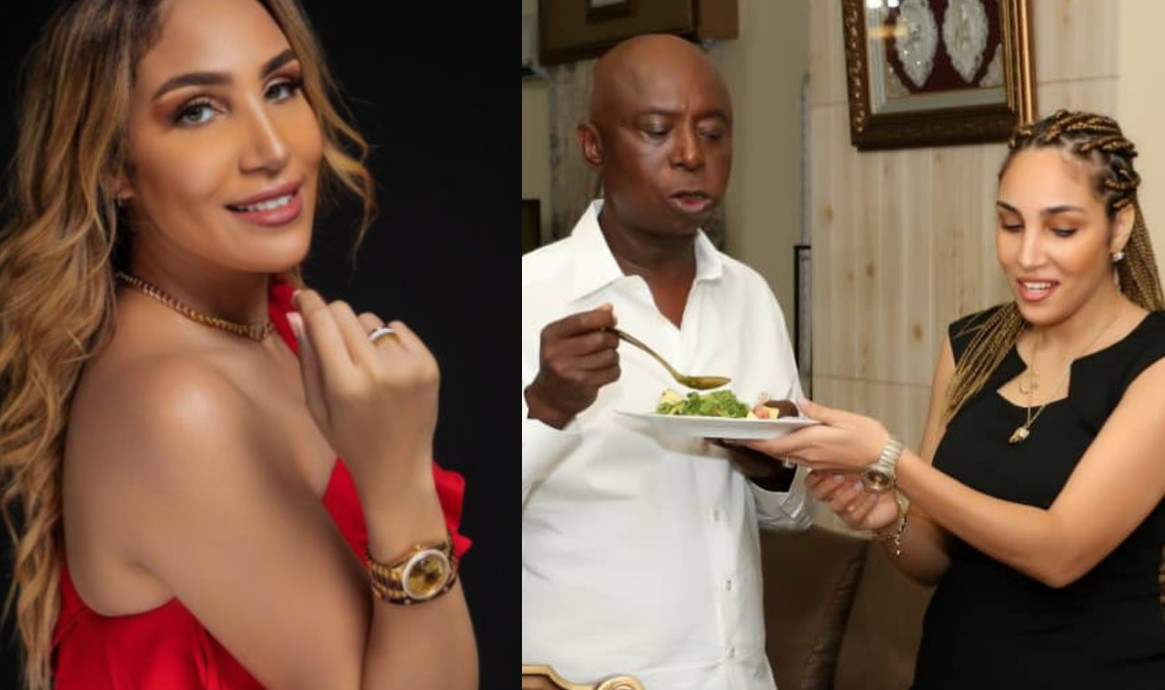 Hours after her ex-husband, Ned Nwoko explained what allegedly led to their seperation, Laila Charani has shared screenshot of alleged Whatsapp chat from him.

LIB reported earlier that Ned Nwoko said their marriage crashed after Laila underwent plastic surgery, spent money she was given for their kids’ summer holiday in London on herself and also had a physical meeting with a “strange man” who she met on the internet in a hotel in London.

Laila has now shared a screenshot of an alleged Whatsapp chat in which her ex-husband allegedly threatened “not to give her peace after giving her enough time to close her Instagram account”.