Man who was caught in broad daylight stealing, given soft drink and asked to dance to avoid any punishment (video)

A young thief who was caught in broad daylight stealing, has gone viral on social media after his captors gave him a rather hilarious and generous punishment 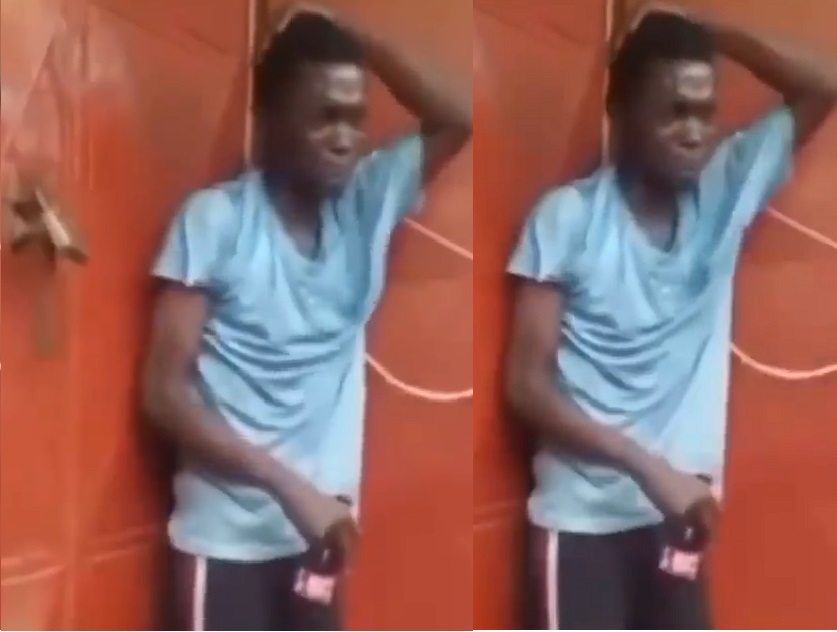 The thief was given a soft drink and asked him to dance to a Ghanaian music. While he was reluctant to do so, he was shouted at and this prompted him to dance in order to avert getting hurt

Watch the video below ;