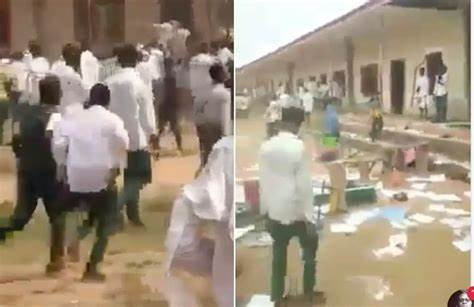 Some students linked to the attack on teachers at Idogbo Secondary School in Ikpoba-Okha Local Government Area of Edo state, have been arrested by the police.

A viral video shared earlier, captured the students going on a rampage, destroying cars and other facilities in the school. It was also reported that the students set some offices ablaze and attacked police officers deployed to the school to maintain law and order.

The state police spokesperson, Bello Katongs confirmed the arrest and also revealed that some of the students have been arraigned in court.

Don Jazzy reacts to gay allegation levied against him