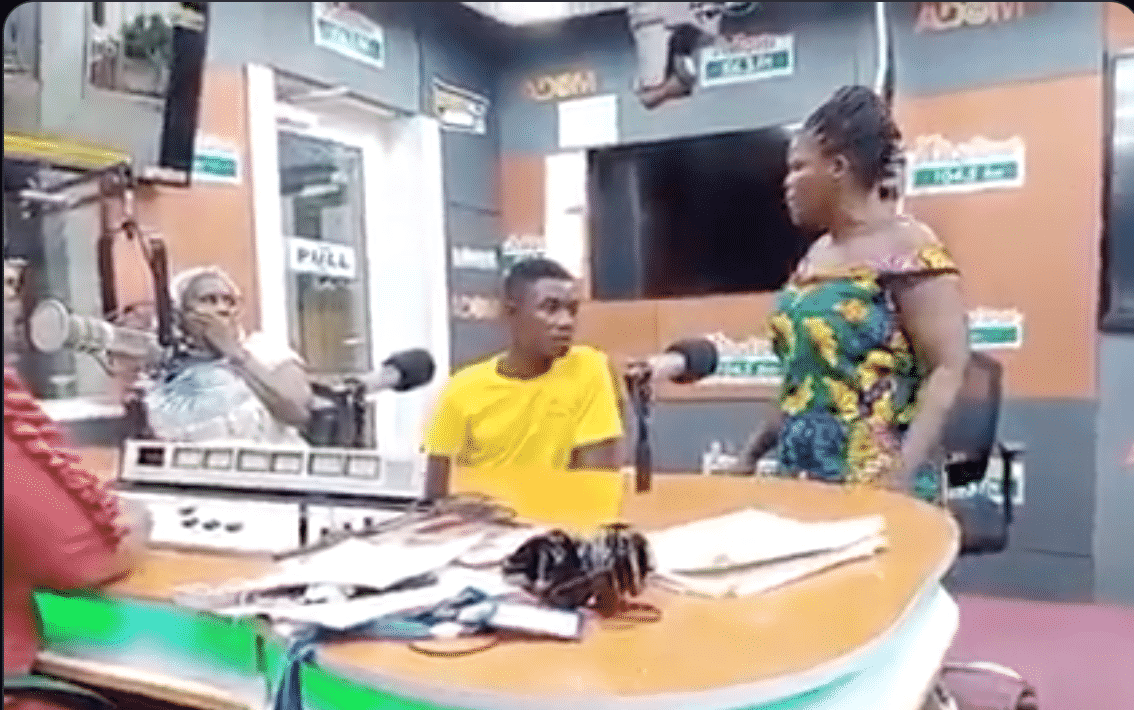 A marital issue between a husband and his wife took an abusive twist during a live radio show.

The disgruntled Ghanaian husband and wife were invited to air their grievances and settle their issue, but it took a drastic turn when the woman assaulted the man.

As the man accused his wife of keeping urine and faeces in their room during the live radio show, he received a resounding slap on his cheek from her. The woman repeatedly accused her husband of trying to embarass her in public.