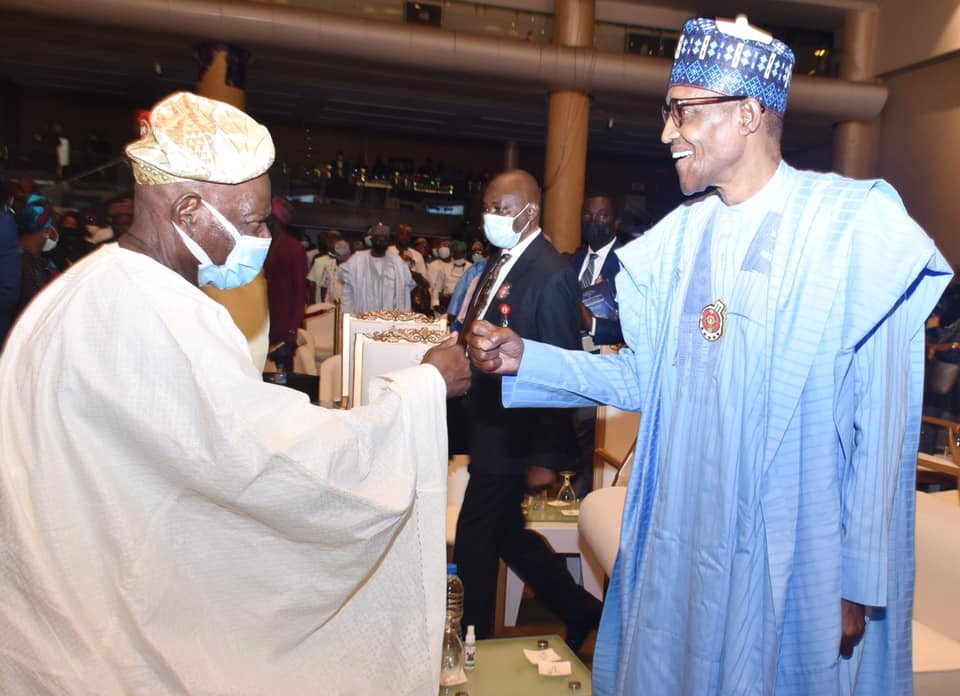 President Buhari has said that former President Olusegun Obasanjo’s ”diabolical double-cross” tactics led to the failure of most South-West Governors, including Chief Bisi Akande of Osun State from making the second term in the 2003 general elections.

The President, who spoke in Lagos at the public presentation of ‘‘My Participations,” the autobiography of Chief Bisi Akande, reflected on the political history of the author, particularly his bid to seek a second term as Governor of Osun, and said

”It is common knowledge that Akande was the victim – along with other AD Governors – of a diabolical double-cross which ended his gubernatorial career. Only the steadfast Asiwaju Bola Tinubu escaped the electoral massacre masterminded by President Obasanjo.

Desperately disappointed though he was, and being a good Muslim, he accepted this setback as part of the trials of life. He looked to the future of service to the country.”he said