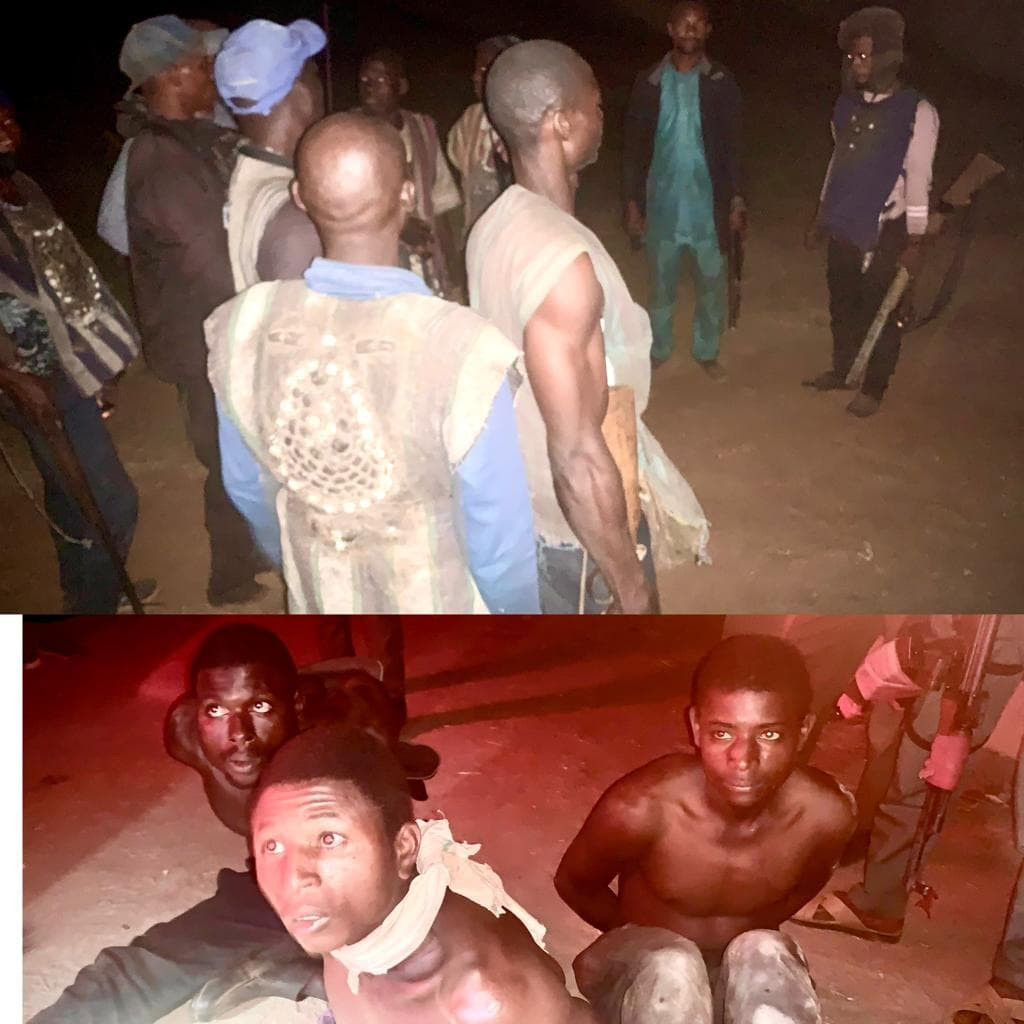 Some local hunters have nabbed three suspected kidnappers at their hideout near Ossra-Irekpeni communities along Okene-Lokoja-Abuja highway.

The hunters and the chairman of Adavi Local Government Area of Kogi, Joseph Samuel Omuya who stormed the forest late Wednesday after a tip-off, apprehended the three suspected kidnappers after a gunfire exchange.

While some other gang members escaped with bullets wounds, those apprehended have been handed over to security operatives in Lokoja, the state capital.

Chairman of Adavi local government confirmed the arrest of three kidnappers, and also revealed that he led the operation. Praising the local hunters for their efforts and determination in discharging their duties, Omuya disclosed that the kidnappers were among the gangs that have been terrorising residents and travellers along Okene-Lokoja-Abuja highway.

“One of the kidnappers have confessed about their mode of operation, the nature of sophisticated weapons they use, and listed the names of other gang members.”

Nigerian woman fired from her job for bleaching her skin