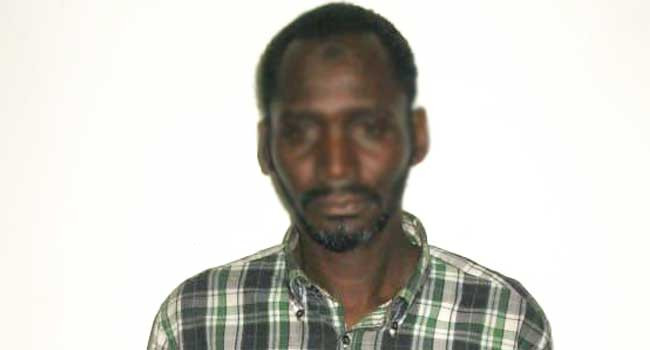 The Lagos State Command of the Economic and Financial Crimes Commission (EFCC) has arraigned a man, Ishaq Abubakar before Justice Peter Lifu of the Federal High Court sitting in Ikoyi on 11 counts bordering on cybercrimes.

The suspect was arrested by officers of the Nigeria Customs Service (NCS) on August 22, 2020, at the Murtala Muhammed International Airport, Lagos on his way to Dubai with 2,863 Automated Teller Machine (ATM) cards and four Subscriber Identification Module (SIM) cards concealed in packets of noodles.

He was subsequently handed over to the EFCC on September 10, 2020, by the customs for further investigation and prosecution.

One of the counts read out in court on Wednesday, December 8 reads, “That you, Abubakar Ishaq, on or about 22nd August 2020 at Lagos, within the judicial division of this Honorable Court, received and retained in your possession 10 ATM cards issued in the cardholders, which cards you knew were taken or retained under circumstances which constitute card theft and thereby committed an offence contrary to and punishable under  Section 34 of cybercrimes( Prohibition, Prevention, Etc) Act, 2015.”

A second count read, “That you, Abubakar Ishaq, on or about 22nd August 2020 at Lagos, within the judicial division of this Honorable Court, received an Access bank ATM card issue to one  Alamin Bashir Babuga, which you know or ought to know to have been lost and which you retained possession with intent to traffic it to a person other than the card owner and thereby committed an offence contrary to and punishable under Section 33(4) of Cybercrimes( Prohibition, Prevention, Etc) Act, 2015.”

The suspect, however, pleaded “not guilty” to the charges when they were read to him.

In view of his plea, the prosecution counsel, S. Sulaiman, asked that the defendants be remanded in a prison

The defence counsel, George Ochima, informed the court of a pending application for bail for the defendant.

In his ruling, Justice Lifu granted the defendant bail in the sum of N50 million with two sureties in like sum, who must swear to an affidavit of means.

The court said one of the sureties is to provide land ownership proof in Lagos while the other must be a civil servant not below Grade Level 14.

The defendant was also ordered to submit his travel documents to the court.

The Judge ordered the defendant to be remanded in the correctional centre in Ikoyi, pending the fulfillment of his bail conditions.

The case has been adjourned till February 18, 2022, for the commencement of trial.

Kebbi boy, 12, chained and starved by his family for two years is rehabilitated and handed back to his parents