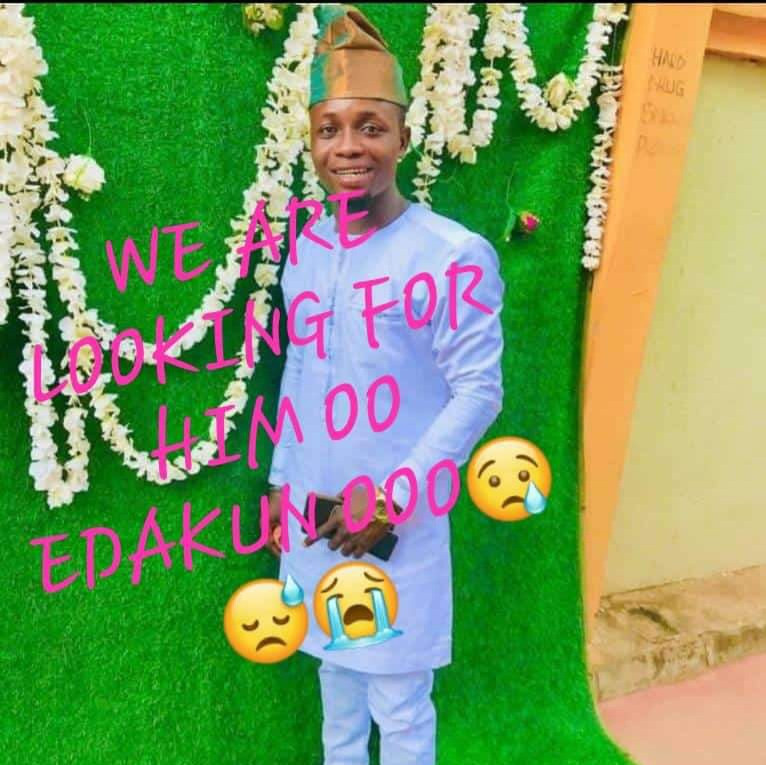 A 30-year-old man, Saheed Baruwa, was declared missing by his family members 12 days to his wedding.

Baruwa, who is a plumber, left his home on Tuesday, December 7, 2021, to work around Gbeja area of Osogbo but didn’t return home.

Loved ones shared messages online, asking for help to locate him as his wedding day was fast approaching.

He has now been found.

According to friends, he was lured by people claiming they have a plumbing job for him.

He met them for the job and willingly entered their car, not knowing they were kidnappers.

He was kidnapped with two others and was later abandoned in a forest in Ibokun, Osun State, by the kidnappers after he paid for his freedom.

The kidnappers reportedly forced him to empty his account.

The other victims are reportedly still with the kidnappers because they do not have enough money in their account to pay for their freedom.