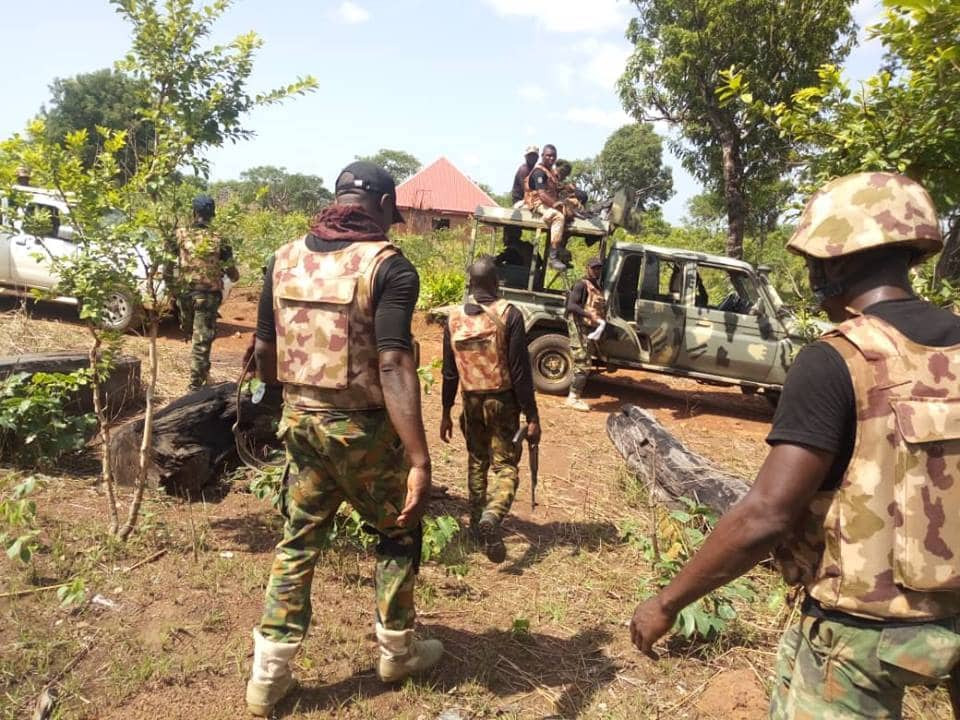 The terrorists were neutralized after troops staged an ambush at one of the terrorists’ notorious crossing points along Kwadal-Agapalwa-Amuda axis.

“The troops, who were on a Long range fighting Patrol towards Agapalwa and Amuda villages, got wind of the rampaging activities of the terrorists and laid in wait for them at the crossing point.

“In the battle that ensued, troops rained heavy fire on the terrorists, inflicting maximum casualty on them. After gallantly eliminating the terrorists, the troops recovered one General Purpose Machine Gun (GPMG), three Hand Grenades, 62 links of 7.62mm ammunition, one Motorcycle and three Bicycles from the terrorists.

“Troops are currently exploiting further to clear the area of any escaping terrorist.

“The Chief of Army Staff Lt Gen Faruk Yahaya, has commended the vigilance and gallantry of the troops. He has also urged them to intensify their offensive operations to further decimate the terrorists.”

Kaduna has suffered too much from religious conflicts – El-Rufai