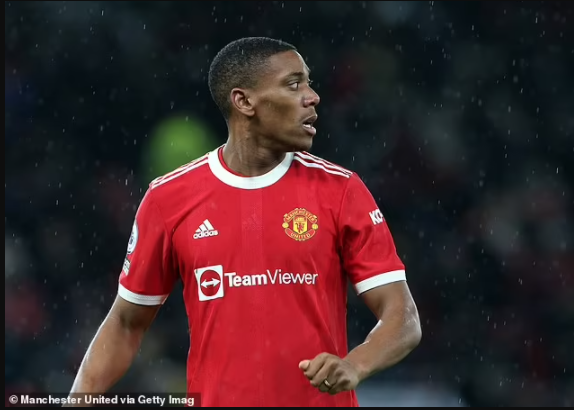 Manchester United forward Anthony Martial has reportedly told the club he wants to leave in the January transfer window.

The Frenchman has been frozen out at United this season, making just two starts in 15 Premier League games this season, coming off the bench in five.

The 26-year-old has only played 67 minutes of United’s Champions League campaign, with his sole start in the competition coming in their away win against Villareal.

The striker is reportedly unhappy with the amount of playing time he has received amid fierce attacking competition and is considering other options ahead of the transfer window opening on January 1.

‘He just needs to play. He doesn’t want to stay in January and I will speak to the club soon.’

Martial faces an uncertain future following the arrival of interim manager Ralf Rangnick. He missed the boss’s first two games in charge due to a knee injury but it is unlikely his current outcast status will change under the 63-year-old.

Barcelona have been credited with interest with the cash-strapped Catalans making a surprise enquiry for the Old Trafford outcast.

Club officials from the Nou Camp flew out to Manchester on a business trip last month, with football director Mateu Alemany and CEO Ferran Reverter among those who spoke to United if Martial would be available to make a move.