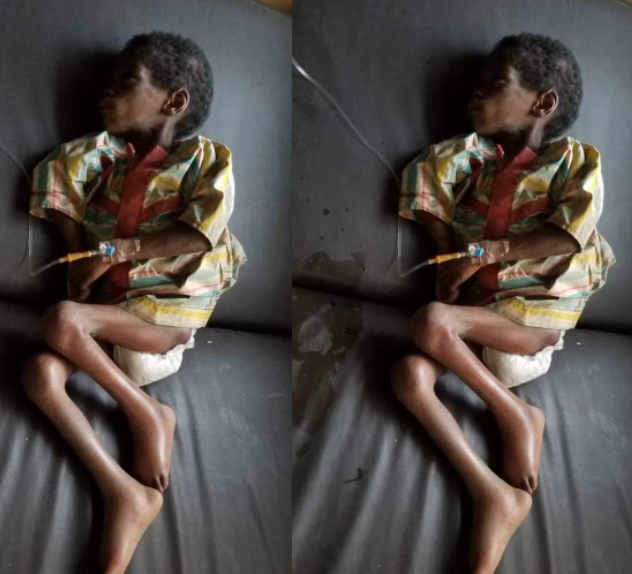 A girl who has been rescued after she was starved and neglected by her aunt.

The 7-year-old girl lived with her aunt in Osogbo, Osun state. However, the aunt is said to have given her food only once per week before abandoning her in the backyard of the house in an environment likened to a refuse dump.

The Osun State Ministry of Women, Children and Social Affairs rescued the girl after being informed of her plight.

The rescue, which was carried out a few days ago in Osogbo, the State capital, was executed by the officials of the ministry, in collaboration with the Osun State Command of the Nigeria Police.

When the girl was found, she was in very bad shape. She was so skinny and was too weak to stand. She also had broken bones.

The state government has taken custody of the child and has promised to shelter, educate, feed and take care of the girl’s health.

Reality TV star, Nengi compensates friend for being too busy for her (screenshots)