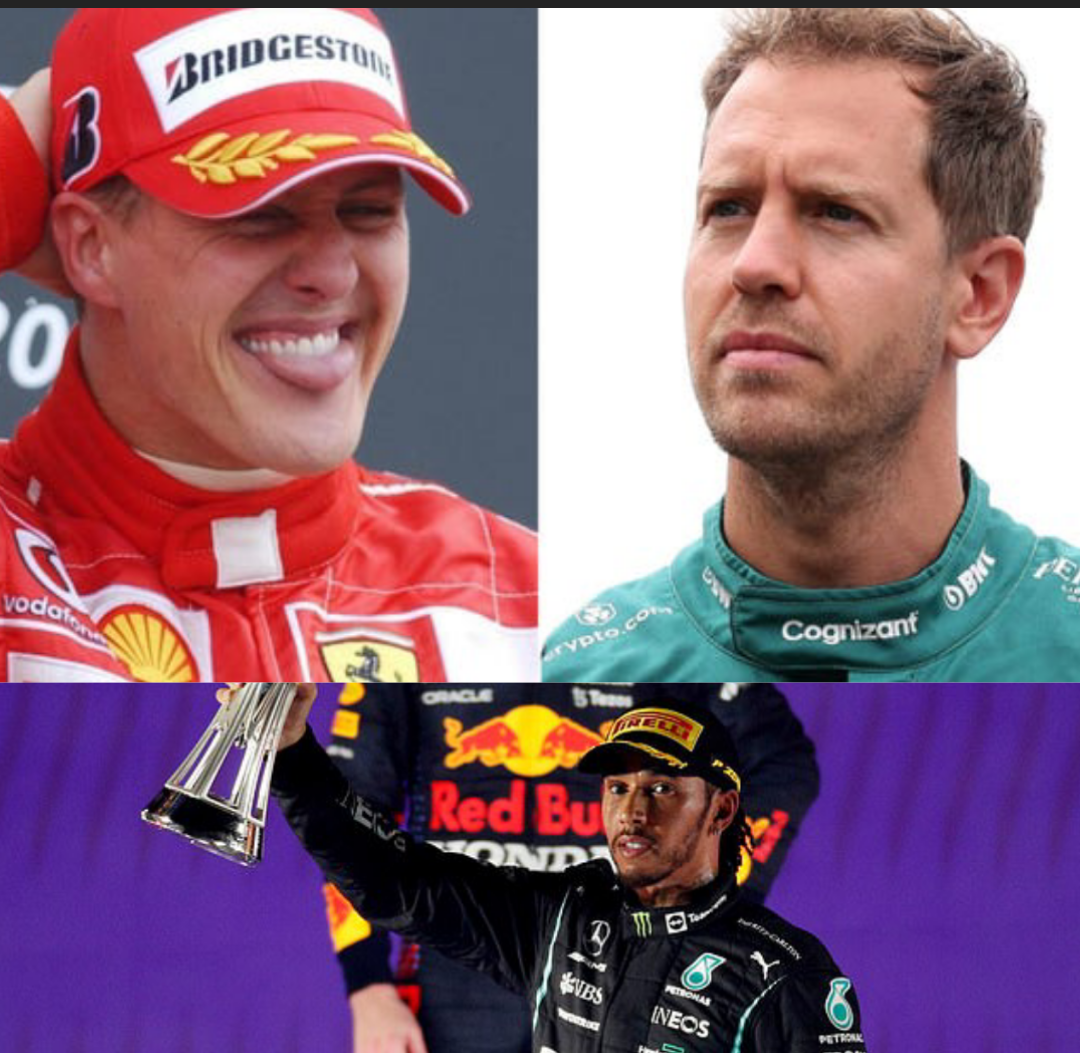 Formula one racer, Sebastian Vettel insists Michael Schumacher will remain the greatest driver in Formula One history – even if Lewis Hamilton breaks his record by winning five more world championships.

The season-ending race at Yas Marina in the UAE has Hamilton and Verstappen tied on 369.5 points in the standings.

Hamilton insists a potential eighth title would be the best of his career given the fight the pair have had.

Vettel, however, feels Schumacher – who won seven titles between 1994 and 2004 will still be untouchable as the best in the sport’s history, even if Hamilton went on to add to his haul.

“Michael is my hero,” four-time world champion Vettel said of his fellow German.

“For that reason I probably don’t want Lewis to win but the truth is, they have both had a strong season, they are going into the last race with the opportunity to win the championship because they both deserve it.

“In a way, I’d be happy if Michael’s record still stands but even if Lewis wins, to me Michael is still the greatest.

“Lewis can win one more, two more, three more, five more championships but it doesn’t change anything for me and I get along with Lewis.

“So the gut says I want Max to win just to keep the record alive but my head is clear in terms of ‘let the best man win’.”

Fernando Alonso, another multiple world champion, has selected Verstappen as the most deserving winner of an enthralling 2021 season.

“Max is driving – in my opinion – one step ahead of all of us,” the Alpine driver said.

“Max, maybe overall in the year, was driving one step ahead of everyone”

“We saw the (qualifying) lap in Jeddah, until he touched the wall at the last corner. That lap was coming from Max, not the Red Bull.

“In a way, that’s my opinion: Mercedes deserve the constructors’ championship because the car is superior.

“And Max, maybe overall in the year, was driving one step ahead of everyone.”

In December 2013, Schumacher suffered a severe brain injury in a skiing accident. He was placed in a medically induced coma until June 2014. He left hospital in Grenoble for further rehabilitation at the Lausanne University Hospital, before being relocated to his home to receive medical treatment and rehabilitation privately in September 2014. He’s been bed ridden since 2014.