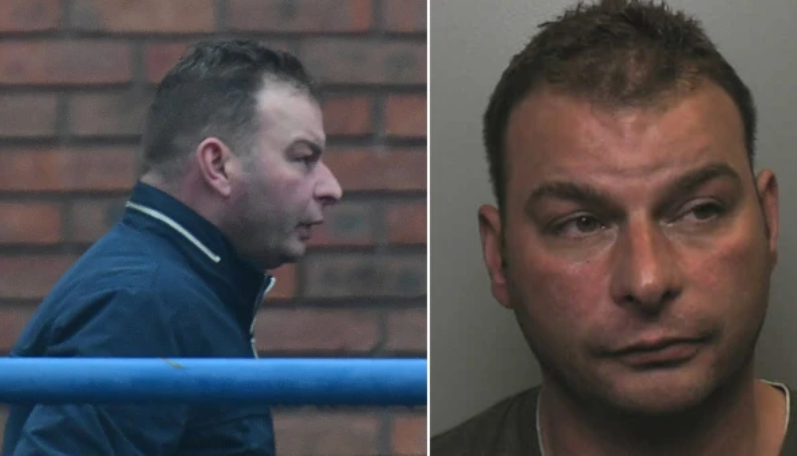 56-year-old Christopher Appleby who was found guilty of ‘taking away the childhood’ of one of his young victims who he raped from when she was 11 until her late teens, has had his prison term increased.

Appleby’s prison term was increased on appeal after judges ruled his original sentence for a ‘campaign of rape’ was too lenient.

The convict was initially handed a 15-year jail sentence after being found guilty of raping his above victim and two other girls when they were in their mid-teens.

However after Solicitor General Alex Chalk raised a concern that the original sentence was unduly lenient, it was considered in London on Thursday December 9 by Lord Justice Haddon-Cave, Mr Justice Hilliard and Judge Mark Lucraft.

The judges who were told that Appleby of Hanford in Stoke, had been given a 15-year custodial term by Judge David Fletcher in October after being convicted of offences including rape, attempted rape, and indecent assault after a trial in Stoke-on-Trent Crown Court, held that it was in the ‘most severe category’ of offending.

The Judges were also told that the convict committed these offences over 15 years between 1999 and 2014. This include a ‘campaign of rape’ against one victim for over eight years.

‘This case was in the most severe category due to the fact that it was a very lengthy, sustained, campaign of abuse.’

Appleby who watched the appeal hearing via a video-link from prison, entered not guilty pleas and told appeal judges: ‘I am an innocent man.’

Mr Chalk welcomed the increased sentence and said after the hearing;

‘It is never too late for justice to be served and Appleby’s actions were despicable.

‘I am glad the Court of Appeal saw fit to increase his sentence today and I hope it brings some comfort to the brave victims.’