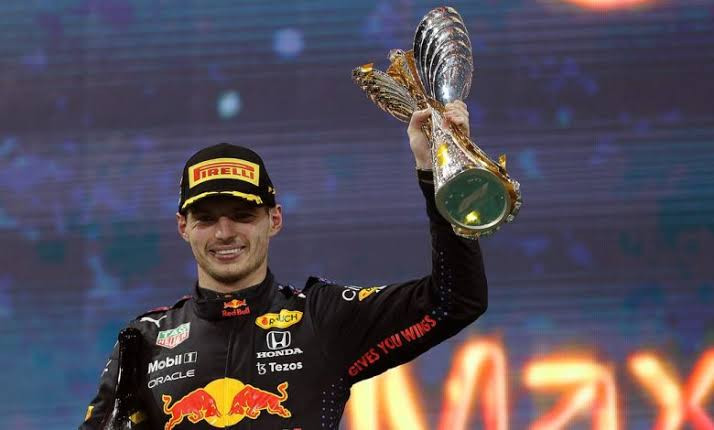 Max Verstappen is the new F1 world champion after overtaking Lewis Hamilton on the final lap of a sensational Abu Dhabi Grand Prix on Sunday, December 12, 2021.

Verstappen who rides for Red Bull was trailing Lewis Hamilton (Mercedes) by 10 seconds with five laps to go in the Sunday finale, with the race looking like it was going to be a a record-breaking eighth title for the British driver, but a crash for Williams driver Nicolas Latifi threw the race in another direction.

A safety car came out, and then left the track on the penultimate lap, allowing for one more lap of racing – during which Verstappen overtook Hamilton in the most dramatic of racing finishes.

After Max Verstappen passed the finish line, he was mobbed by his team as he secured his first world title.

Verstappen went into the final in top gear, starting from pole after a mercurial lap in the final session of qualifying on Saturday.

Before the grand prix on Sunday,  Dutch racer, Verstappen, had won more races this season.

He would have also been crowned champion if both he and Hamilton failed to finish, leading to suggestions Verstappen could risk a collision should he find himself side by side with his Hamilton.

Such was the excitement surrounding this final. It was also the first time in over a decade that two racers had the same number of points heading into the final race of Formula one.

A win for Hamilton would have made him the most successful racer of all time, surpassing the record of Michael Schumacher.

Watch the final race below.

His presence is a constant reminder that when I cried to God with a completely broken-heart, he heard and answered me