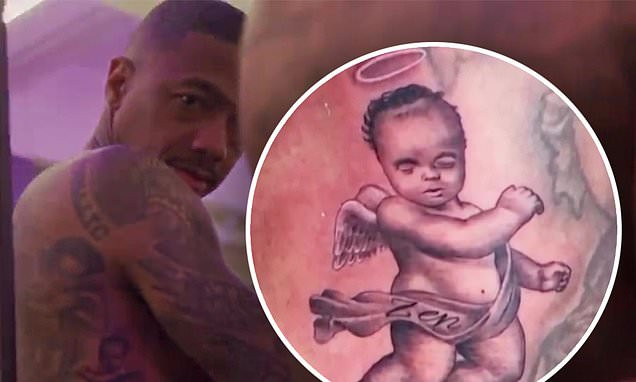 Nick Cannon gets tattoo of his late son, Zen, as an angel on his rib cage (photos)

Nick Cannon has gotten a tattoo of his late son Zen who tragically died of a brain tumor last weekend.

The 41-year-old TV personality revealed a tattoo of his five-month-old son depicted as an angel on his left rib cage, during the last episode of his syndicated talk show Nick Cannon Show.

Cannon shared his seventh and youngest child with former model flame Alyssa Scott, 28, and had revealed the terrible news of the infant’s passing on Tuesday, December 7.

Cannon’s tattoo showed his tiny son with a halo, wings, and a sash that read ‘Zen.’

He revealed the latest inking by unveiling a framed photo of it as his ‘pic of the day,’ before sharing it was actually a snap of his ribcage.

“Last night, I got the opportunity to go get a tattoo of my son Zen as an angel on my rib.

“It was a lot of pain but it was so well worth it. I enjoyed every moment of the experience to forever have my son right here as my rib.

“Right here on my side as my angel,’ he told his New York studio audience. ‘I’m still all bandaged up and it hurts, right here, right now.’

The Masked Singer host said the portrait took around five-and-a-half hours to do: ‘It was a lot of pain but it was so well worth it.’

Nick shared last week that he and Scott’s son Zen passed away on Sunday, December 5 following a battle with brain cancer.

‘Today is a special one y’all for many reasons but it’s not gonna be an easy one. I haven’t even shared this with anybody, not even the crew,’ Cannon began before revealing the news of Zen’s death. ‘I had a very tough weekend.’