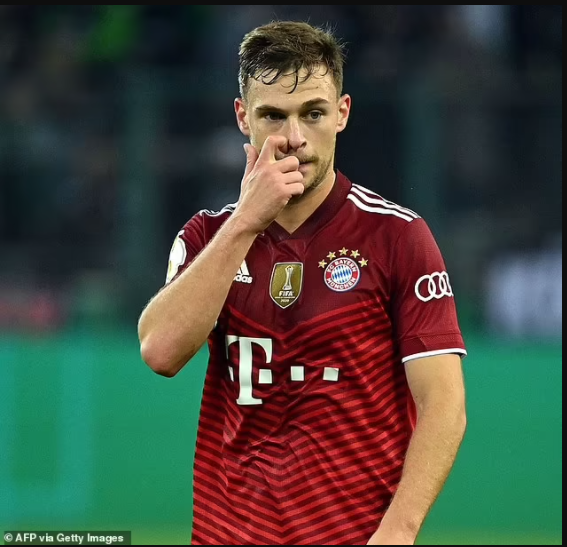 Bayern Munich star, Joshua Kimmich has now made a dramatic u-turn to take a Covid-19 vaccine after months of waiting.

The German international had refused to take the vaccine citing a ‘lack of long term studies’ as his reasoning.

In an exclusive ZDF interview which is set to be aired in Germany on Sunday, Kimmich WHO always maintained that he does not consider himself an anti-vaxxer outlined that he now wants to be vaccinated against Covid.

‘In general, it was just difficult for me to deal with my fears and concerns, that’s why I was undecided for so long,’ said the 26-year-old.

In the conversation with ZDF, Kimmich expressed regret for not taking the vaccine on time after he was infected with coronavirus, which triggered his recent lung problems.

According to Bild, the midfielder was one of five unvaccinated players to have pay docked over their refusal to take up the vaccine.

Along with Serge Gnabry, Jamal Musiala, and Michael Cuisance, and Choupo-Moting, Kimmich was told by the club that they would not be paid for every week missed due to self-isolation, either through close contact with a positive test, or through contracting the virus themselves.