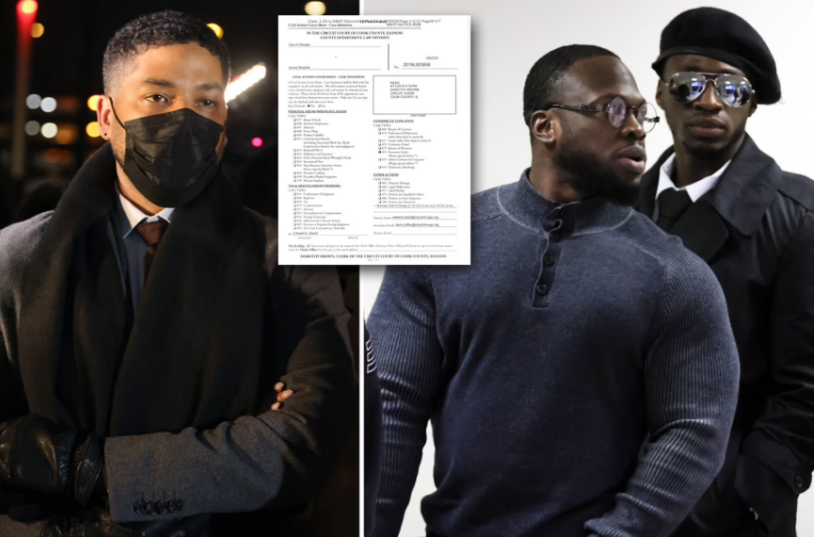 The City of Chicago has confirmed it will sue Jussie Smollett for the wasted $130k police investigation into the fake hate attack he orchestrated.

The former Empire TV star was convicted of faking a racist and homophobic hate crime after he hired two Nigerian brothers to attack him in 2019. Smollett claimed he was victimized in a racist, homophobic attack, but investigators soon determined his story was a hoax.

The city was faced with a $130,106.15 overtime tab and has since confirmed that it will press ahead with its lawsuit against Smollett to reclaim the cash. Their chances of a win or settlement are now all but guaranteed in the wake of the star’s conviction.

A lawsuit filed against Smollett’s legal team by the Nigeran brothers Smollett hired to attack him also stands.

‘The City filed a civil lawsuit against Jussie Smollett to recover costs incurred by the Chicago Police Department investigating what the City believed to be Smollett’s false police reports that he was a victim of a hate crime,’ the statement said.

‘While using a different standard of proof, the jury’s finding of guilt convicting Jussie Smollett of criminal charges stemming from the incident confirms that the City was correct in bringing its civil lawsuit.’

The Nigerian brothers, Abimbola ‘Abel’ Osundairo and Olabinjo ‘Ola’ Osundairo admitted that Smollett paid them to stage the attack, which they claim he orchestrated.

However, they later sued Smollett’s attorneys in April 2019, after the initial set of charges were dropped, claiming the case damaged their careers and reputations.

They claimed in the defamation lawsuit against lawyers Mark Geragos and Tina Glandian that they were maliciously portrayed as liars in the public.

Among the suggestions the lawyers made was that the brothers, who Smollett knew because he had enlisted them for personal training, might have been wearing white face when they attacked him on January 29.’

The brothers’ lawsuit said Glandian also inferred that  Abel engaged in a sexual relationship with Smollett, and noted that homosexuality is illegal in the brothers’ home country.

‘Same-sex sexual activity is illegal in Nigeria, which can result in 14 years of imprisonment,’ the lawsuit said. ‘If the accused is married, the punishment is death by stoning.

‘Ms. Glandian’s globally broadcasted statements that Bola Osundairo is homosexual endangers him and the lives of his Nigerian family.’

A federal judge stayed their lawsuit until the criminal proceedings are completed for Smollett, who has not yet been sentenced.

The brothers’ legal team is expected to file an update to the court by February 2; their lawyers said in August that ‘with regard to settlement, nothing has changed in the Plaintiffs’ position.’

Jussie Smollett faces up to 20 years in jail for staging the attack and concocting a ‘ridiculous story.’

Reality star, Wathoni narrates how she lost an endorsement deal because she’s not controversial