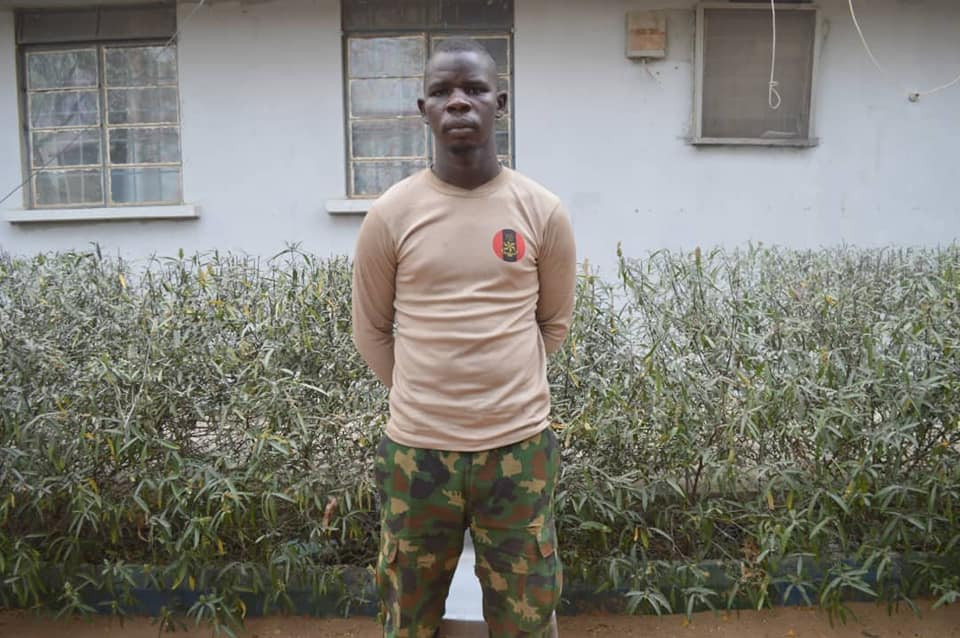 Spokesperson of the command, DSP Abdullahi Haruna Kiyawa, who disclosed this in a statement on Monday, December 13, said that the suspect confessed to have specialized in extorting tricycle operators by presenting himself as a military personnel.

“On the 30/11/2021 at about 0900hrs, one Abubakar Zailani Ibrahim, ‘m’, 27 years old of Adamawa State, presented himself as a Military personnel, arrested a Tricyclist and took him to Rijiyar Zaki Police Station Kano, claiming that some weeks ago, the said Tricyclist made away with his Military Uniform and other valuables amounting to the sum of One Hundred and Ninety Five Thousand Naira (N195,000)” the PPRO stated.

Preliminary investigation revealed that, the complainant is not a Military personnel and the claim was found to be untrue.

“On discreet investigation, the suspect confessed to have specialized in using the same tactics to extort Tricycle Operators within Kano Metropolis by presenting himself as a Military personnel, and that he stole the suspected Camouflage Uniform from the room of his friend in Dutse, Jigawa State. He further confessed to have hailed from Adamawa and came to Kano purposely for this criminal acts. However, investigation has commenced,” the statement reads.

The Commissioner of Police, Kano State Command, CP Sama’ila Shu’aibu Dikko, further warned that criminals will have no hiding place in Kano State.

Kim Kardashian’s daughter, North West, gets in trouble for going live on TikTok to give a tour of family’s house without her mother’s permission (video)