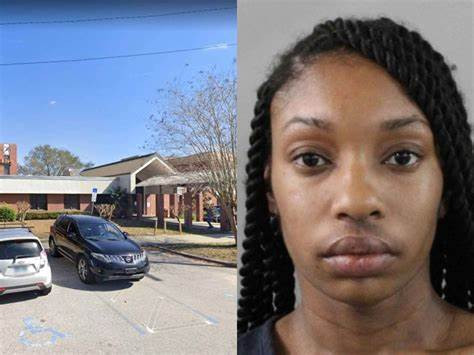 20-year-old Ayanna Davis, a Florida substitute high school teacher has been charged with sexually battering a student after school authorities were alerted of a video allegedly showing one of the sexual encounters.

The former Lakeland High School substitute is said to have sexually abused a male student who is 16 or younger. They reportedly had unprotected sex on four occasions; twice at her Lakeland home and twice at the student’s home, according to a news release from the Polk County Sheriff’s Office (PCSO).

One of the sexual encounters was recorded on Snapchat and shown to a group of high school football players, according to the news release. Another student notified school resource officers about the video, which prompted the PCSO investigation earlier this month.

“This is a clear violation of sexual battery laws. She was in a position of influence over the victim, and she took advantage of that for her own twisted pleasure.”

The former substitute teacher was first arraigned on December 11 and granted a $60,000.  Jail records revealed she was released on bail on Tuesday December 14. She is scheduled to appear back in court on January 10. It is unclear if she has obtained an attorney.

Davis who was working at the school through her employer Kelly Education, which helps Polk County Public Schools find substitute teachers, has been an employee since August. She has however now been deactivated and will be unable to accept staffing assignments pending the criminal investigation.

Kelly Education said in a statement;

Kelly Education also reiterated that student safety is their “highest prioirty.” PCSO also said Kelly Education has been notified that Davis will not be able to work within the Polk County Public School system.

“We expect substitute teachers to uphold the same high standards of conduct and professionalism as our full-time educators.

“The charges against this person are disgraceful and a complete violation of the trust that teachers build with their students. There is no room in our schools for this type of conduct.”

“I was bedridden and vomited for 25 weeks” – Rapper, Mocheddah recounts her pregnancy struggles