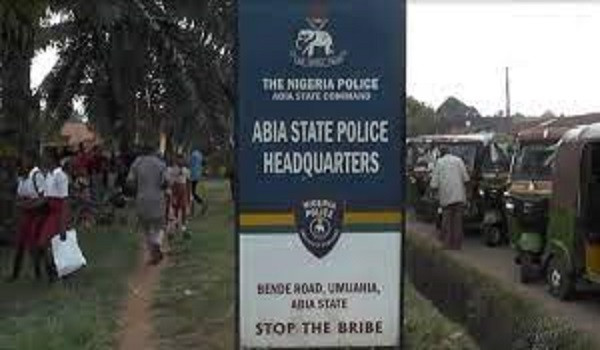 A police inspector has been killed following an attack near Abia Police Command Headquarters located at Bende Road in Umuahia North local council.

The state police spokesperson, Geoffrey Ogbonna said the incident happened around 1am on Monday, December 13, 2021.

The gunmen were disguised in military camouflage and opened fire on policemen on pin-down duty in front of the 28 Police Mobile Force beside the state command headquarters, Bende Road, Umuahia.

“The policemen, who were on red alert, returned fire, which repelled the hoodlums from carrying out their dastardly intention. They quickly fled the scene with bullet injuries.

The police spokesperson stated that the attack was not targeted at the police headquarters, but adjourning Mobile Police Force base. One of the suspects was also killed.

Residents, operators of medical facilities and the public within and outside the state have been asked “to volunteer information on anyone found or presented with bullet injuries to the police or other security agencies.”

“Parents and guardians are also advised to warn their children and wards to refrain from evil acts before, during and after this festive period.”