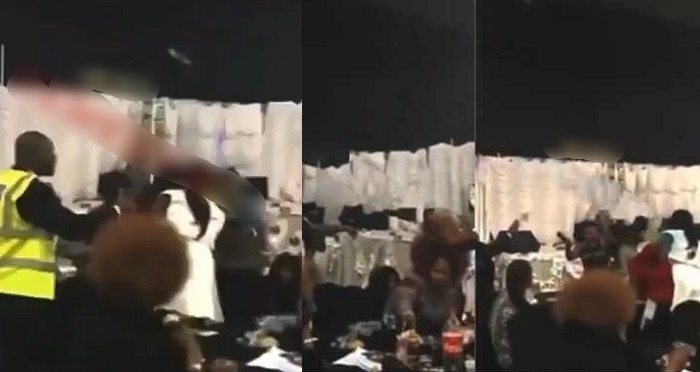 In a new episode of wedding crashers, the ex-girlfriend of a new groom stormed his wedding and caused total chaos disrupting the beginning of a new chapter for him and his new bride. 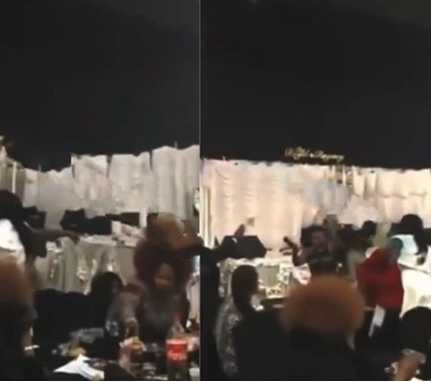 The said ex-girlfriend stormed the ceremony with a group of her friends who helped her in causing chaos at the event.

It’s reported that the said ‘party crasher’ discovered her ex-boyfriend was on a path to becoming a family man and so she decided to play guest at the ceremony, coupled with her friends and joined other guests to felicitate with the ‘new groom in town’.

She however had a second agenda which came to light in a now viral video where the lady took matters personally and disrupted the ceremony.

Momentarily, she and her friends could be seen throwing bottles while causing chaos with the security around doing little to nothing in trying to stop them.

“I was so sure she was out of my league” – Actor, Ibrahim Suleiman recounts his initial encounter with his wife, Linda Ejiofor