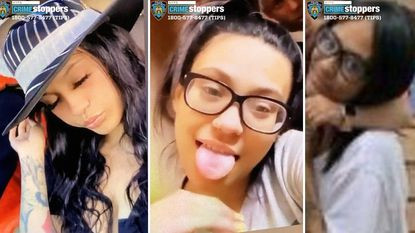 Woman used Instagram to chat up and lure men who were then robbed of phones, car and jewelry

A woman chatted up some men on Instagram, offering to hang out with them but instead delivered them to a pair of masked bandits in the Bronx.

According to the police, the first victim, 24, was tricked into meeting the woman at 11:30 p.m. Dec. 3 near a contractor’s office on Anthony Ave. near the Cross Bronx Expressway in Claremont Village, New York. he men lusted after the woman and were interested in a ‘hang out’

She showed up at the hang out, but so did two criminals in masks. They ordered him at gunpoint to remove his clothing and property, then stole his car, a 2018 Infiniti, and drove off, police said.

The next day, the woman convinced a 27-year-old man to meet her on a residential block on Boller Ave. near Tillotson Ave. in Eastchester. He showed up about 8 p.m. and was confronted by two masked robbers who took his cell phone, coat, chain and a gold ring.

The victim managed to escape with his car, police said. But the gang opened fire on him, striking his vehicle as he fled.

One gullible victim was stripped of his clothing while another was shot at as he attempted to escape, police said.

The New York Police Department (NYPD) is hoping to identify the woman and two other suspects regarding robberies in the area.