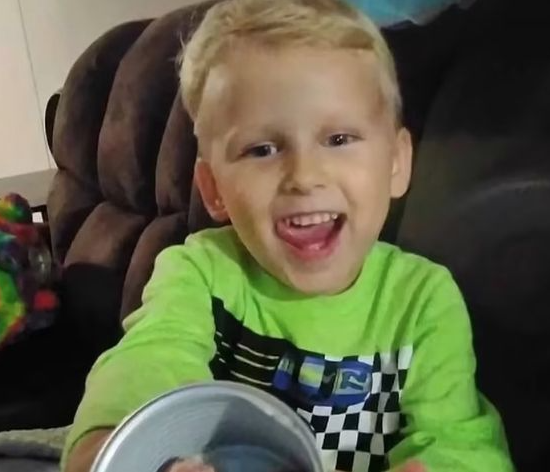 Boy, 4, has entire arm ripped off after trying to pet his grandmother’s pit bull puppies

A four-year-old boy has had his entire arm ripped off by his grandmother’s pit bull when he tried to pet its puppies.

Oklahoma-native Axel Foster was taken to hospital after the dog took hold of his arm, from just below the shoulder, while he was playing at his grandparent’s home on Friday, Dec. 10.

Police arrived at the home to find the boy was missing the arm, and applied a tourniquet to the limb.

“When officers and animal control attempted to retrieve the arm, the dog became aggressive to them.

“To be over just an innocent type thing of wanting to pat some puppies, it’s just devastating.”

Another officer told local news that “the child’s arm was still in the pen”, and that “one of the puppies was trying to chew on it”.

The boy’s grandmother told police that they boy was trying to pet the puppies, but it ended horribly for all involved.

His mother Destiny McDow added that he is hoping to have the arm reattached.

The local department of Human Services is still trying to determine if the boy was under adult supervision at the time of the attack, and Chief Kidney has confirmed that the grandparents could face child neglect charges if it becomes clear that he was unsupervised at the time.

He added: “At this time it appears to be an accident.

“We are waiting for DHS to finish its investigation.

“The boy was staying with his grandparents and went to try to pet the puppies.”