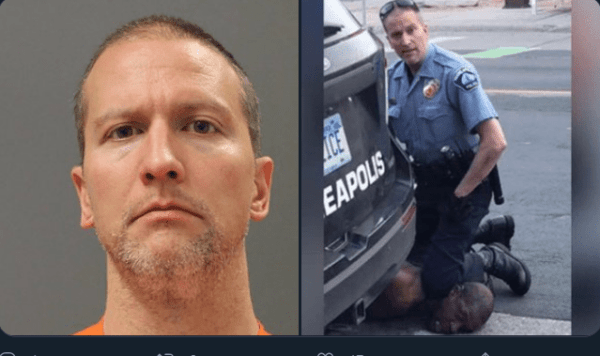 Derek Chauvin has pleaded guilty to federal charges that he violated George Floyd’s civil rights after he was convicted this year by a state jury of murder and manslaughter in Floyd’s death.

Chauvin, 45, entered the new plea during a hearing in St. Paul, Minnesota, three months after first pleading not guilty to depriving Floyd, who was Black, of his rights when Chauvin knelt on his neck for 9 1/2 minutes while detaining him in May 2020.

Federal prosecutors told U.S. District Judge Paul Magnuson that Chauvin agreed to plead guilty to using excessive force on Floyd. Chauvin also admitted guilt in a separate federal indictment in connection with him allegedly depriving a 14-year-old boy of his civil rights during an encounter in September 2017.

He initially pleaded not guilty in September in that case, in which he was accused of holding the teenager, who is Black, by the throat and striking his head multiple times with a flashlight.

Chauvin told the judge, “Guilty, your honor,” in response to changing his pleas.

He remains in prison on a 22 1/2-year sentence for the state case, a rare outcome and one of the longest imposed on a police officer for a killing in the line of duty.

Claiming responsibility in his federal case might help Chauvin in receiving a reduced sentence. Without a plea deal, Magnuson said, he faced the possibility of life in prison.

Federal prosecutors at Wednesday’s hearing asked for Chauvin to be sentenced to 20 to 25 years in federal prison, with five years of supervised probation and agreeing to never work again as a police officer. His federal sentence would be served concurrently with his state sentence.

Magnuson will sentence Chauvin at a later date.

Three other officers at the scene of Floyd’s death, Thomas Lane, J. Alexander Kueng and Tou Thao, were also included in the federal indictment. They pleaded not guilty in September and could go on trial in January.

Lane, Kueng and Thao, who were all fired from the Minneapolis Police Department, also face a state trial next year on charges of aiding and abetting murder and manslaughter.