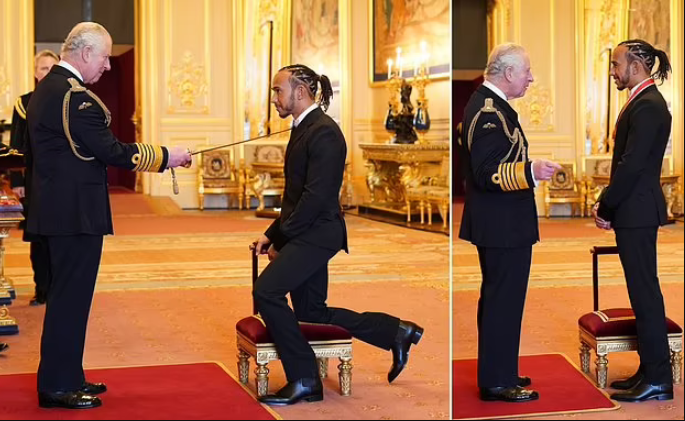 British racer, Lewis Hamilton has been made a Knight Bachelor.

The Formula One ace, 36, was awarded the honour by Prince Charles at an Investiture ceremony at Windsor Castle on Wednesday morning. He was accompanied at the ceremony by his mother Carmen Larbalestier.

Hamilton, a seven-time F1 world champion, received the knighthood for services to motorsport. He joins Sir Jackie Stewart, Sir Stirling Moss, and Sir Jack Brabham as the fourth F1 racer to be knighted.