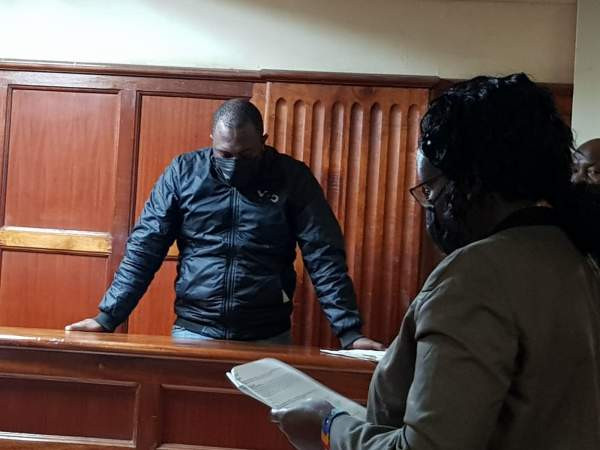 A 31-year-old man has been arraigned in court for using edited transaction messages to lie to his landlady that he has paid rent for 37 months.

The Kenyan man identified as Emmanuel Ian Osome, was arraigned at Milimani law courts on charges of attempting to defraud his landlady with edited false Mpesa transactions on different dates between the month of November 1, 2018 and November 8, 2021 at Kristy Homes in Langata, Nairobi.

Emmanuel is facing a total of five counts of fraudulent misuse of electronic data contrary to the law and computer forgery.

He was arrested after the landlady wrote a letter to the DCIO Nairobi area, requesting police investigation and action on the alleged fraud. She claimed that the accused had been sending false Mpesa transactions text messages to the caretaker who in turn issued him with rent payment receipts believing that the said Mpesa transactions were genuine.

An investigation which was carried out established that no money paid to the landlady’s bank account, correspond to the said Mpesa transactions the accused claimed he made.

The officer also obtained a report from the Communication Authority of Kenya confirming that the accused sent the fake monthly Mpesa texts to the caretaker.

The tenant took a “‘not guilty” plea when arraigned in court. His lawyer pleaded for leniency saying they are negotiating with the landlady.

Emmanuel was given a cash bail of Ksh200,000 and the matter will be mentioned after 14 days for pre-trial.

Even before the western countries started to recognize their women as part of the labor force, Igbo ancestors had already figured out how to make their women politically relevant