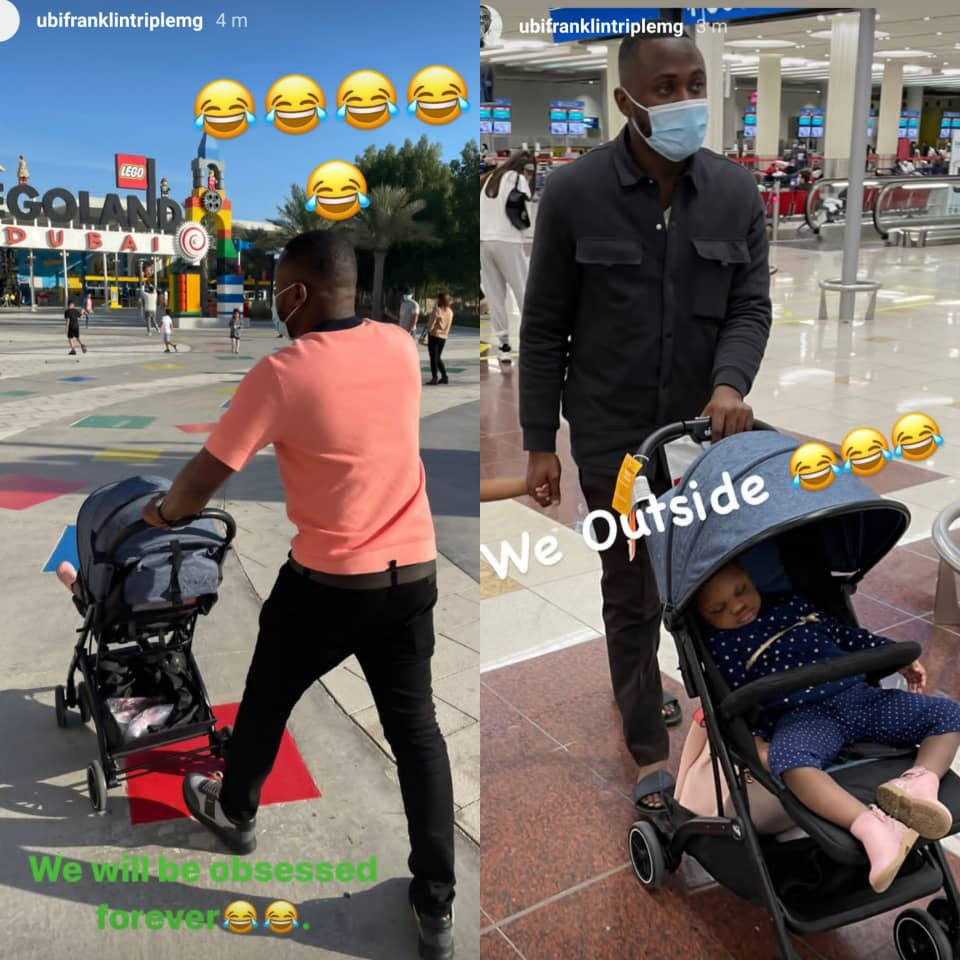 “We will be obsessed forever”- Ubi Franklin shares more photos with his daughter, Ariella, moments after Sandra Iheuwa called him out

Ubi Franklin has reacted to the post by businesswoman, Sandra Iheuwa, warning him never to post their daughter Ariella, on his social media platforms.

Earlier today, Ubi shared a photo of himself and Ariella and this did not sit well with Sandra. She took to her IG page to warn Ubi against posting Ariella, claiming that she doesn’t bear his name and that he has never paid for child support.

Ubi has now reacted. He shared more photos of himself with Ariella on his Instastories and wrote

We will be obsessed forever”