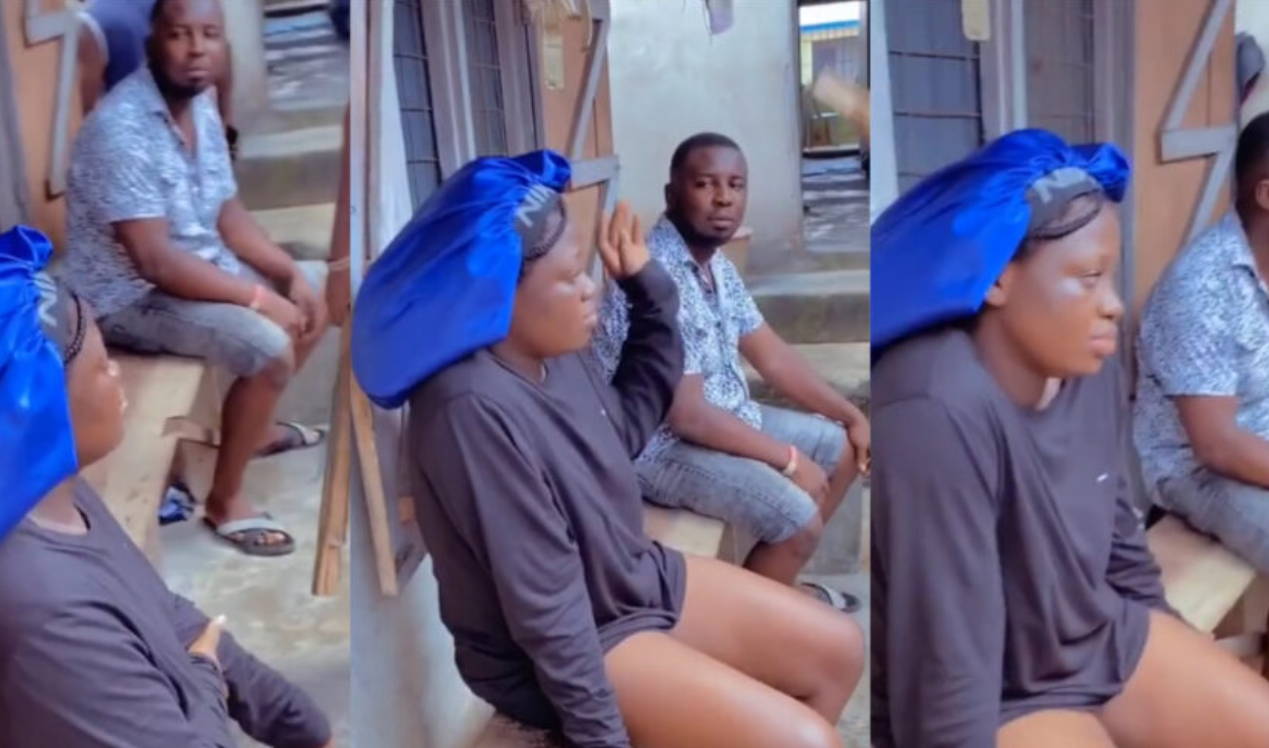 Young girl publicly humiliated for allegedly stealing panties, claims she took them to her room because it was dripping water on her head (video)

A young girl has been publicly humiliated for allegedly stealing panties from a drying line.

The lady who was interrogated by her neighbors after being “caught in the act,” couldn’t give a coherent reason why she allegedly took the panties.

Another lady who is supposedly the victim, was heard saying that the suspect claimed the panties was dripping water on her head and yet took the panties to her room. She also asked if the lady who allegedly stole the panties wanted to take it to yahoo boys for rituals.

The suspected panties thief was flogged with a huge stick after she repeatedly ignored directives of those interrogating her.