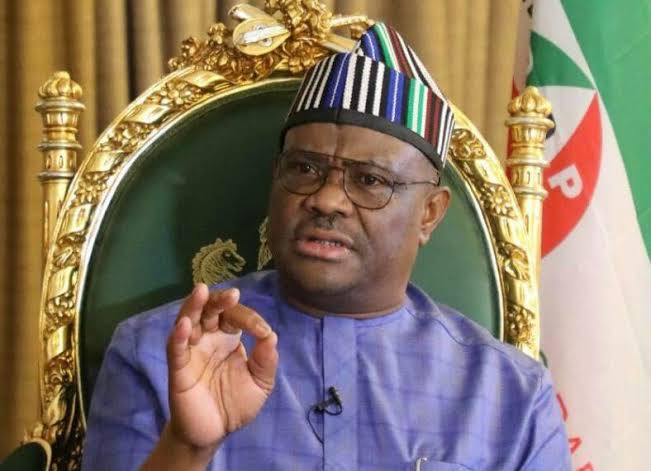 Nyesom Wike, governor of Rivers State, has urged Nigerians to be more careful before they vote next time, saying it was time for voters to divorce the All Progressives Congress (APC).

According to Wike, the APC-led Federal Government has set Nigeria 20 years backwards in just six and half years of being in government.

Wike said this at the inauguration of the Rivers State Government Safe Home on Wednesday, December 15.

The inauguration was performed by the Akwa Ibom State Governor, Udom Emmanuel, in Borikiri,  Port Harcourt.

According to Wike, only states ruled by the Peoples Democratic Party (PDP) are allegedly enjoying the  dividends of democracy.

“The other people (APC) are only fighting themselves about direct primaries and indirect primaries. We (PDP) are busy about delivering dividends of democracy. You can see, the difference is clear.

“Your Excellency, I’m happy that you’re the one who have come, because you’ve invited me severally to Akwa Ibom State to commission projects. I’m happy and I want to say to everybody that PDP governors are doing very, very well.  So, we must be careful of dealing with those who are not serious. A party that that has set our country 20 years back.  We must be very very careful.”

“We do not think that we owe them that duty to also protect them. It is key that every government should take this as a special project.”