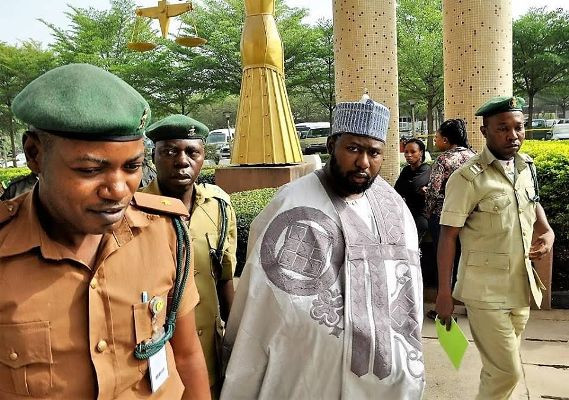 Abdullahi, the son of Bauchi State Governor, Bala Mohammed, has celebrated after the Federal High Court Abuja discharged and acquitted his brother, Shamsudeen Bala, on 11 out of a 20-count charge preferred against him by the Economic and Financial Crimes Commission (EFCC).

The EFCC had alleged that the four companies were used by Bala to launder over N1.1 billion.

The commission also alleged that Bala went ahead to acquire houses in highbrow areas in Abuja which he paid for in cash, to conceal the stolen funds at his disposal.

Dimg alt=””Discharged, acquitted and victorious” – Governor Bala”s son celebrates as court dismisses 11 of 20 fraud charges against his brother ‘ class=”img-responsive text-center” style=”margin: auto;”ba, however, freed Bala on counts one to 10 and count 20 which bordered on the allegation that Bala exceeded the permissible threshold of N5 million in making payments for the acquisition of houses.

On the allegation that Bala bought the property with cash above the stipulated financial threshold, the court noted that there was no evidence to back the claim.

The court held that the evidence laid by the prosecution witness amounted to hearsay and therefore, was not tenable in law.

The judge, however, dismissed the no-case-submission in respect of counts 11, 12, 13, 14,15 and 16, which bordered on the failure of Bala to disclose his assets in the assets declaration form he filled at the EFCC.

The trial court insisted that the defendant should explain counts 17, 18 and 19, which were predicated on forgery.

“I was shocked by my appointment” – New Super Eagles manager, Austin Eguavoen