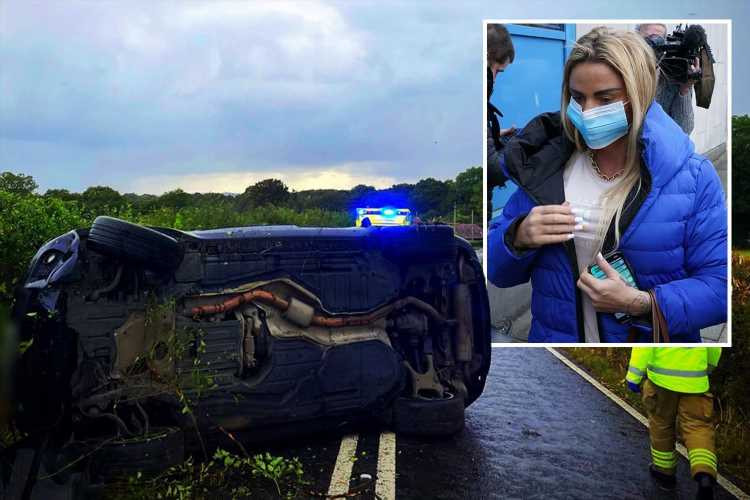 English media personality, model and businesswoman, Katie Price has been spared a jail time after being handed a 16-week suspended sentence after her drink-drive arrest in September.

43-year-old Price admitted drink-driving, driving while disqualified and driving without insurance. She entered her pleas at Crawley Magistrates’ Court on September 29, a day after telling police: “I took drugs, I should not be driving, I admit it all” following a collision on the B2135 near Partridge Green.

The media personality who was handed down the suspended sentence at Crawley Magistrates’ Court, was given a sentence of 16 weeks suspended for 12 months, 100 hours of unpaid work, 20 sessions of rehabilitation work with probation, and a two-year driving ban.

Before handing down the judgement, District Judge Amanda Kelly said Price is lucky to be free over Christmas. She said;

‘When you chose to get behind the wheel of your car while intoxicated with drink and drugs, you showed no concern at all for the lives of others.

‘You could easily have killed someone, a child, a parent, a friend, and devastated their lives forever.

‘Not everyone has the luxury of being able to put themselves into The Priory whenever their lives get hard.’

Judge Kelly also said Price appeared ‘to think you are above the law’ as the TV star was disqualified from driving at the time. She added that Price had ‘one of the worst driving records I have ever seen’ but that her ‘hands are tied’ due to magistrates at an earlier hearing agreeing to defer sentence for Price to attend the Priory.

‘The public may be appalled to hear that I can’t send you to jail today.

‘But the law says that when a person has complied with the terms of their release then you have a legitimate expectation not to be sent to prison today, even though you deserve to spend Christmas behind bars.

‘You are extremely lucky the magistrates on the previous occasions chose to defer sentence.

‘Rest assured, put one foot wrong in the coming weeks and months and you will go to prison.’