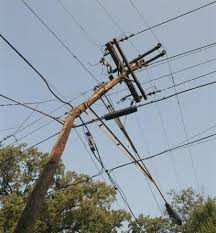 Man electrocuted while trying to steal transformer cables in Gombe

An unidentified man allegedly trying to steal transformer cables was electrocuted in the early hours of Thursday, December 16, at Labour Quarters of Tumfure community in Akko Local Government, Gombe State.

“On Dec. 16, about 3.30 a.m., a vandal was electrocuted and died instantly while carrying out vandalism at Labour 1 Distribution Transformer of Tumfure 11 kv feeder. The vandal attempted to vandalise the upriser cable at the distribution transformer”

He said the incident was reported at Tumfure Police Division, and subsequently, policemen brought down the deceased who had not been identified.

He appealed to residents to always be vigilant and report any suspected cases of vandalism, while urging those into vandalism to jettison the acts in view of the danger it posed to them, communities and JEDC.