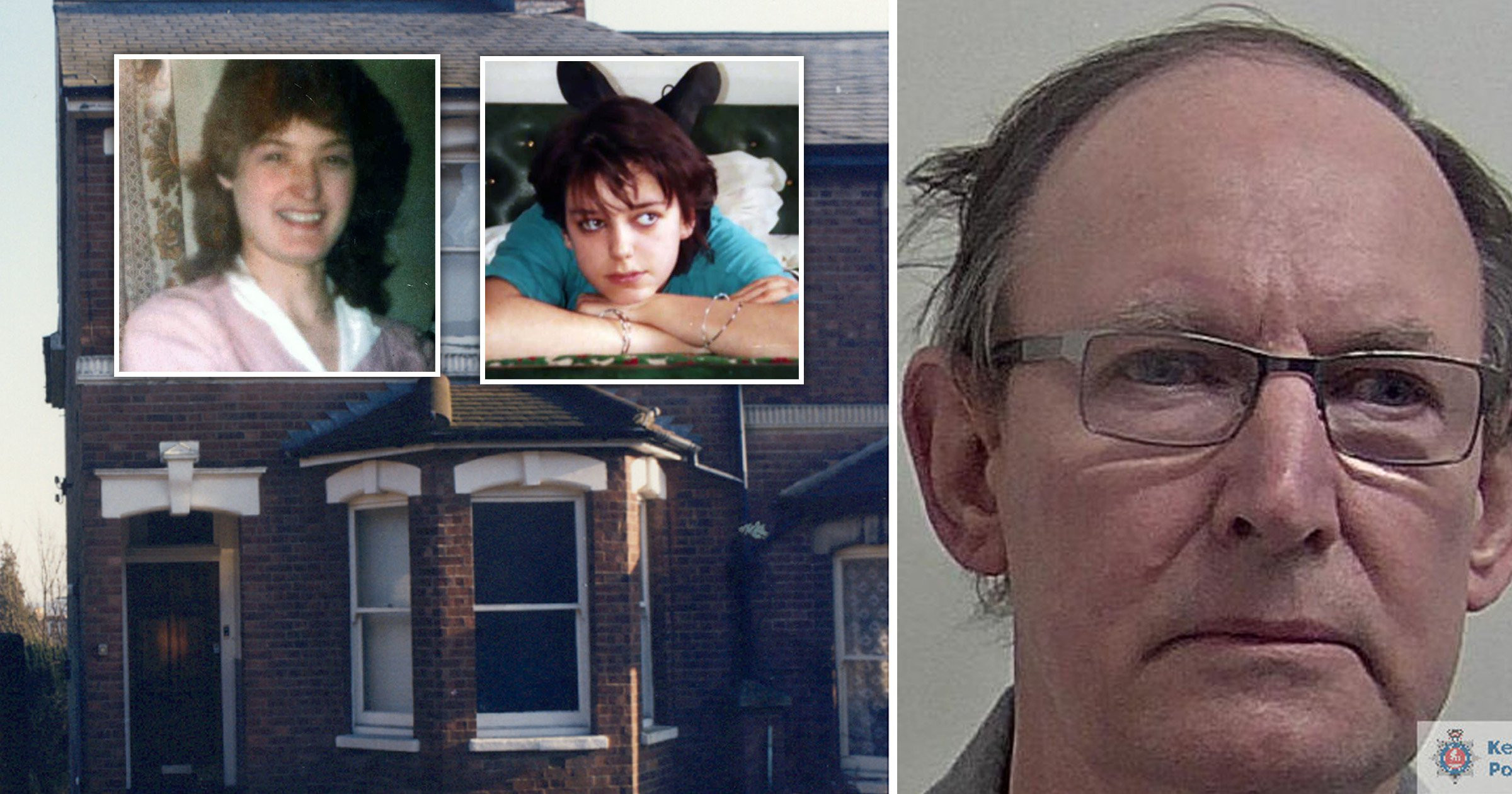 The morgue monster reportedly assaulted and strangled Wendy Knell, 25, and Caroline Pierce 20, to death before sexually assaulting them in Tunbridge Wells, Kent, in 1987. This became one of the UK’s longest unsolved double murder cases before Fuller’s arrest.

67-year-old Evil Fuller who went on to sexually abuse more than 100 female corpses in hospital mortuaries, was sentenced to life in prison for the double murders and was also given 12 years in jail for necrophilia on corpses, to run concurrently.

A 2019 DNA breakthrough led to his arrest and also exposed a stash of sickening recordings of himself abusing corpses. Samples left on Ms Knell’s duvet made Fuller one billion times more likely to be the killer, while cells on Ms Pierce’s tights made him 160,000 times closer a match than any other person, the CPS said.

Fuller also kept evidence of himself visiting the Buster Browns restaurant where Ms Pierce worked and photos in SupaSnaps sleeves, the company Ms Knell was employed at when she was killed.

Evidence of convicted burglar Fuller’s links to Romney Marsh through his history of cycling, bird-watching and holidaying in the area, was also uncovered.

Kent Police has now constituted a dedicated team of investigators, who will spend a year picking through Fuller’s sordid life to see if he is behind any other cold cases of missing women.

Detective Chief Superintendent Paul Fotheringham who was asked if police are still investigating the morgue monster outside the court, said;

“David Fuller – to go the level of offending that he did against Wendy and Caroline in 1987 – it must be unthinkable that there aren’t other offences that he’s committed before or even afterwards.

“Given the nature and length of time of his crimes, it is unthinkable he didn’t commit other offences.

“We have a team dedicated to this case, we will be looking at other cases of missing girls, rape offences and murders across the South East of England.

“We will spend about a year working in this, maybe more, reviewing these cases.

“There’s no evidence he committed other offences, but there’s a chance he did and we’re absolutely going to dig into this and investigate ever corner of his life and if find out if there’s evidence we can convict him of any other offences.

“We are delighted with today’s sentences and that Fuller will never see the light of day.

“The damage he has done to hundreds of families is unimaginable, this is the worst offending my team have ever seen.”

Fotheringham noted that the Kent Police received almost 750 calls from members of the public to its dedicated appeal line set up after Fuller changed his double murder pleas to guilty.

“David Fuller’s deeply distressing crimes are unlike any other I have encountered in my career and unprecedented in British legal history.

“This highly dangerous man has inflicted unimaginable suffering on countless families and he has only admitted his long-held secrets when confronted with overwhelming evidence.

“Fuller, with his uncontrolled sense of sexual entitlement, treated Wendy Knell and Caroline Pierce with extreme depravity. Both women were simply at home or returning from work when he ambushed them.

“Their families never gave up on achieving justice even when all hope seemed lost. My thoughts are with them today and all the families of women and girls whose lives have been cut short by senseless violence.

“Fuller’s appalling crimes did not end with these killings and he went on to abuse his position of trust as a hospital electrician in the most grotesque manner imaginable.

“No British court has ever seen abuse on this scale against the dead before and I have no doubt he would still be offending to this day had it not been for this painstaking investigation and prosecution.”