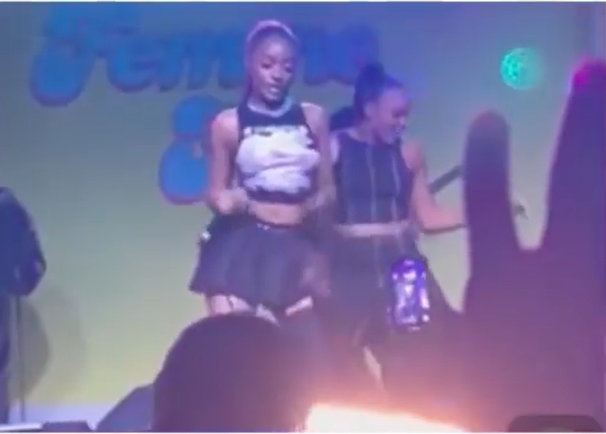 Nigerian singer, Ayra Starr has narrated how a male fan made her laugh and almost drop her mic as she danced while performing on stage.

Ayra revealed that she locked eyes with the guy during her performance, and had to hold herself from dropping her mic and laughing following a comment he made about her butt.

Videos shared online however showed her laughing when the comment was reportedly made.