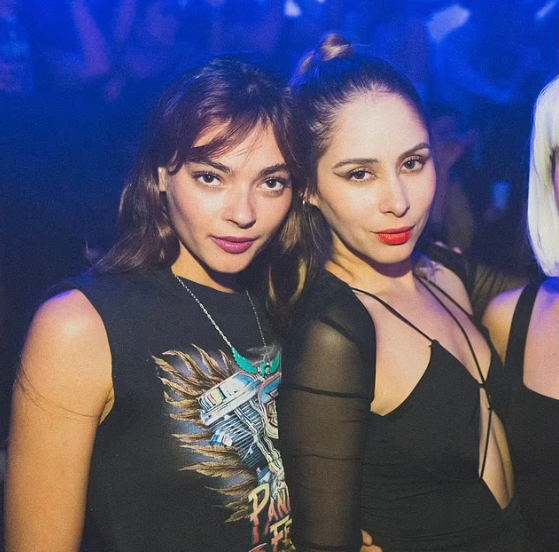 A 42-year-old Hollywood actor has reportedly been arrested on the set of NCIS: Los Angeles in connection with the mysterious deaths of a 24-year-old Instagram model and her friend.

David Pearce, 37, and Michael Ansbach, 47, were identified as the other two men taken into custody Wednesday. Pearce faces a manslaughter charge, while Ansbach and Osborn are charged with accessory to manslaughter, according to the Los Angeles County Sheriff’s Department.

Police say they believe both women were given drugs at Pearce’s apartment.

“It is believed that both women were given drugs and overdosed,” the police department said in a press release that warned “there could be other victims.”

Giles’ lifeless body was found dumped on the sidewalk of a Los Angeles area hospital after she had attended a warehouse party with friends in mid-November. Cabrales-Arzola, a 26-year-old interior designer, was also dropped off at another Los Angeles area hospital, and she initially survived, but was taken off life support weeks later when it was determined she was brain dead.

Christy Giles’ husband, Jan Cilliers, told The Daily Beast on Thursday, Dec. 16 that he is “happy the arrests got made.”

“But I know that this is just the beginning of the battle, and we have a long fight ahead of us,” Cilliers said. “We are also looking for more victims to come forward that may previously have been harmed or affected by these men.”

A cloud of suspicion has hung for weeks over the three men who were allegedly the last to see the women alive.

Phone location data showed Giles and Arzola went back to Pearce’s apartment near Beverly Hills with the three men in the early hours of November 13 after an East LA warehouse party.

About 12 hours later the women’s cold bodies were dumped at two hospitals by men in balaclavas driving a black Toyota Prius with no plates, caught on CCTV according to Giles’s husband, Jan Cilliers.

Osborn is said to have openly spoken to fellow actors about Giles’ death last month, boasting about “the craziest weekend of my life” at a shoot, actor David Murrietta Jr. told the Post.

“He told me how they’d partied, two girls came back to their place, and the girls had a bunch of drugs,” Murrietta was quoted as saying.

He recalled Osborn saying he’d left the residence and returned to have his roommate tell him Giles had died.

“He checked her pulse, freaked out, decided not to call 911, and they decided what to do with the body,” he said, according to the Post.

In a bombshell interview with the Daily Mail, actor Steven Bauer, who played Cuban drug kingpin Manny Ribera in the 1983 film Scarface, said he saw Pearce rape a woman at a Beverly Hills house party in 2008.

“He was trying to hustle me out of the party so that nobody else would hear,” Bauer told the outlet. “He said, ‘Don’t listen to her. This is a stupid party, let’s get out of here… Get in the car, get in the car.'”

Investigators have been looking into the circumstances surrounding the women’s deaths since the two were first found dumped outside hospitals after a fun night out with friends. Both their families have publicly made clear they suspected foul play.