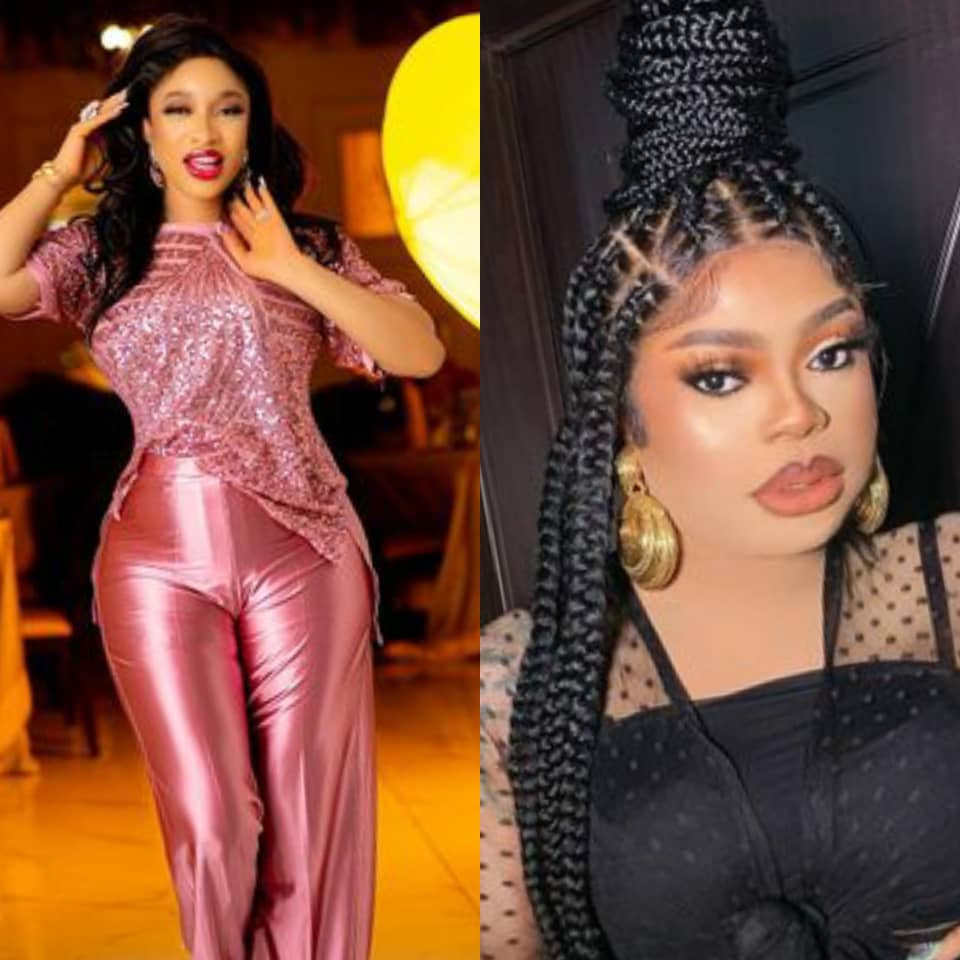 Bobrisky fires back at Tonto Dikeh, dares the actress to arrest him

Bobrisky has responded after his former bestie, Tonto Dikeh, dragged him on her Instagram page.

The mum of one claimed his butt leaks and that she regrets ever knowing him. Tonto also reminded him of when he was locked up sometime back.

Well, Bobrisky has now responded to her. He said that now she has agreed that she owes him money, she should pay back. He also dared her to get him arrested.

”Aunty finally accepted is 2million. well you that borrowed won’t remember the actual amount, me that lend you remember the actual amount and I have all my details cos I learnt how you drag all ur ex boyfriend online so i kept mine incase you want to rant. You talk about arrest ? Tonto i dare you. I’m not all those local fool you threaten with police. I get money pass you let see who wins. Pay ur debt tonto and leave story

If you don’t have insult bro say something else. Dis is not the first time you have been fabricating lies upon lies. Timi frank bought me a Rolex bla bla aunty you can lie ehnnnn

You talk about real Rolex tonto ur Rolex is fake post d certificate if e sure for you post it. Ur Rolex is pure fake aunty stop hyping urself sis

Atleast you came and speak d truth about helping ur family when you had issue in Dubai thank God, now the question now is how many of your friend where there for you when they locked ur ass up for months ! Everybody left you I was d only single person who stayed with you. If you are tonto be ready to be use and also spend ur own money. More receipt coming…”

He shared screenshots of a message he claimed Tonto sent to him praising him for being a good friend.

Some rich single ladies are much more happier than a married woman with kids — Media Personality, Shade Ladipo