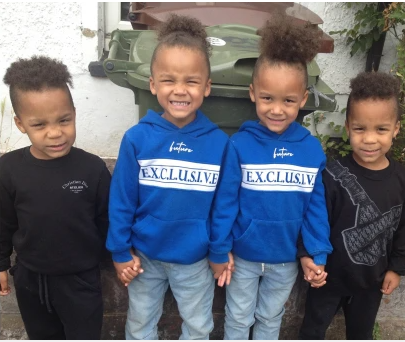 A woman has been arrested on suspicion of child neglect after four boys died in a house fire.

The children, two sets of twins aged three and four, died when a property in Sutton, England,  caught fire.

Paramedics battled to save the boys – who are related – and rushed them to hospital but they could not be revived.

They have been named locally as Kyson, Bryson, Leyton and Logan.

A 27-year-old woman has been taken into police custody. No further details about her identity or relation to the deceased have been released.

Around 60 firefighters were sent to the address shortly before 7pm last night, Dec. 16, and pulled the boys from the burning wreckage.

The cause of the fire is “currently unknown” and an investigation to determine how it started is ongoing.

London Fire Brigade deputy commissioner Richard Mills confirmed the boys are twins and said “on our arrival there were only the four children at the time” in the house.

He added: “I can not confirm either way what is going on in relation to any other people within the building.”