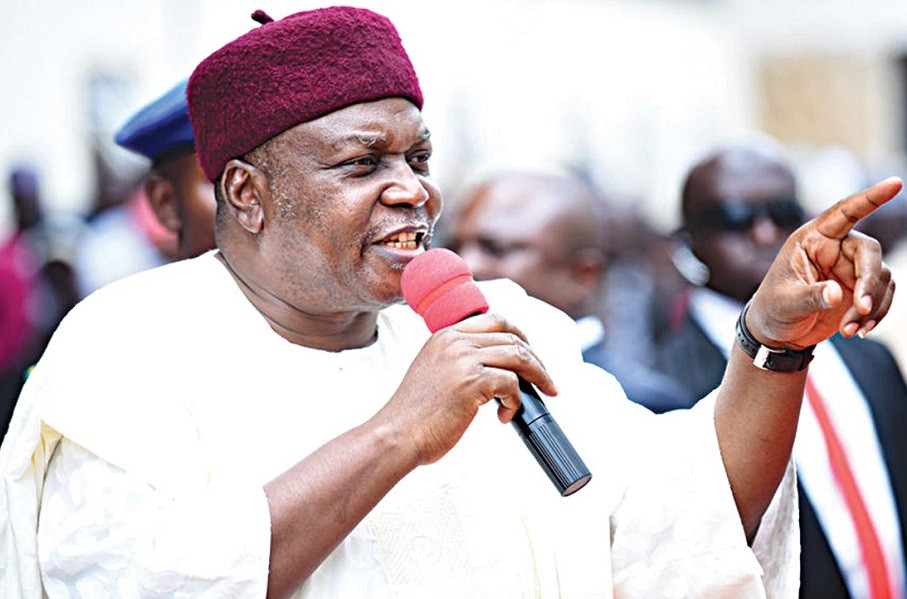 Governor Darius Ishaku has raised an alarm over over plots by Boko Haram and Islamic State’s West Africa Province (ISWAP) to establish terrorist camps in Taraba state which he governs.

Ishaku revealed this while signing the N149 billion 2022 budget of the state into law at the Executive Chamber of the Government House in Jalingo. Warning that he would dethrone any traditional ruler caught aiding or harbouring criminals, he advised them not to allow non-indigenes with negative mindsets to settle in their domains.

“My delay of coming to sign the 2022 budget and address you is because of security challenges.

“Boko Haram and ISWAP are trying to set up camps in this state and that is why we had an emergency meeting for over an hour before my coming.

“I am kind and soft, but can sometimes be decisive, being quiet and gentle does not make me a mere footstalk to be rubbished.

“I must add with emphasis that security is of great concern to all of us; being the quietest state in the North East has its implications.

“I want to also talk to the traditional rulers, while we have warned them severally not to allow non-indigenes to settle in the state, their persistent refusal to abide by this warning is giving a lot of cause for concern to me.”

Insisting that security of lives and property would be upheld firmly by his administration and no stone would be left unturned in doing so, Ishaku also said that it is better to punish erring leaders than ignore such an action that will lead to death of many.

Gov. Tambuwal orders the immediate arrest of Sokoto singer for hailing bandits’ leader in his song