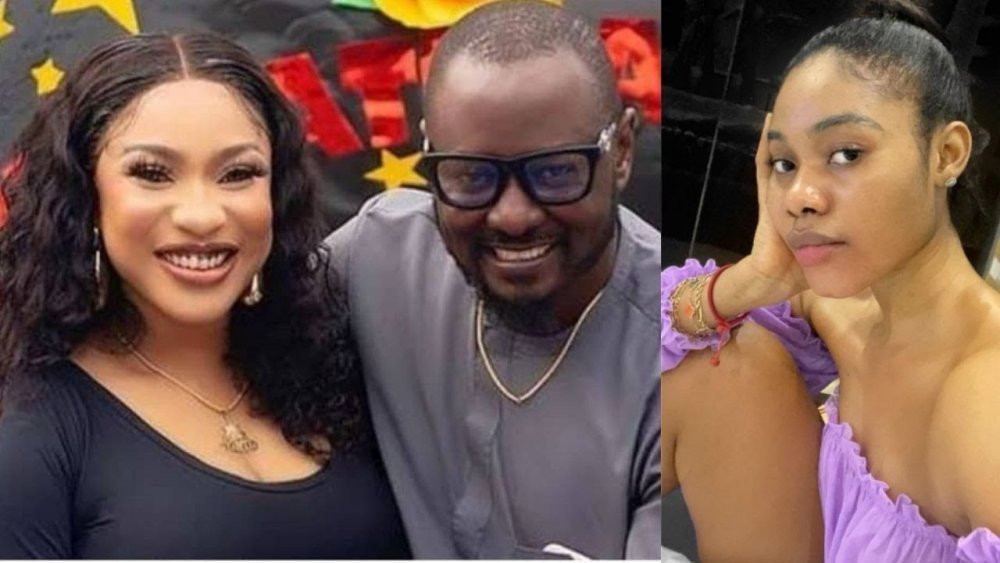 I will drop the remaining voice note. No be we talk say her husband dey impotent or say the belle she just abort na for Kpokpogri

Actress Tonto Dikeh has again slammed dancer Jane Mena over claim of not wanting to sign court papers after the dancer’s earlier threat of filing a defamation lawsuit against the mother of one.

Tonto Dikeh who had earlier described Jane Mena as an “adulterous twerker” and further referred her to her lawyer’s office, has again slammed the dancer in the comment section of a post her friend, Doris Ogala shared.

The actress who accused the dancer of lying, also accused her of “running from her own petition to be delivered”. Tonto Dikeh threatened to release the remaining voice notes in her possession, adding that she doesn’t want to hear “let’s pity her husband”.

The actress further averred that they weren’t the ones that said Jane’s husband is “impotent”. Tonto also alleged that Janemena recently aborted a pregnancy for Prince Kpokpogri.

She running from her own petition to be delivered!!
To God I will drop the remaining voice note, I no want hear make we pity the husband because no be we talk say e impotent or say the belle jane just ABORT nah for kpokpogri