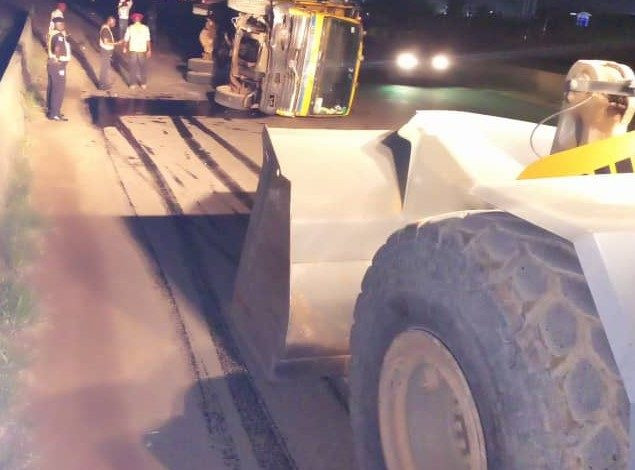 A speeding truck on Thursday December 16, crushed a student and a tricycle rider.

The accident occurred around Airport Junction at Alakia area of Ibadan, Oyo State capital. The truck which rammed into three parked tricycles, killed a driver who has now been identified as Kayode.

The truck driver who reportedly refused to stop and while speeding away from the scene,  also crushed a student. It is however not clear whether the student died instantly or not.

The driver who was given a hot chase, was eventually captured and handed over to the police at Gbagi Police Station. It was learnt that the timely arrival of policemen and members of the Nigerian Security and Civil Defence Corps stopped the driver from being lynched.

You sleep with Yahoo boys, blackmail them and get paid