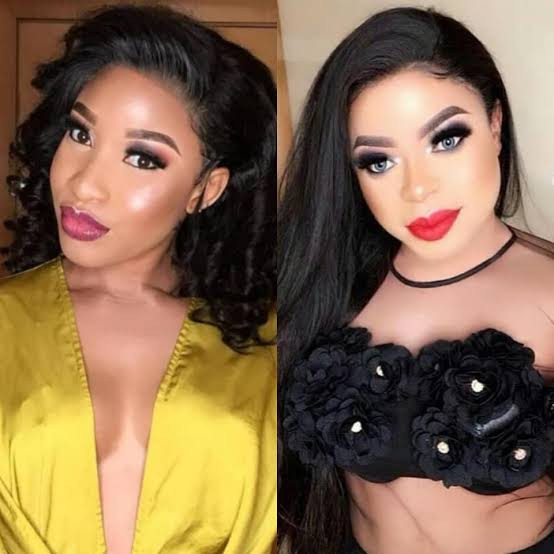 Tonto Dikeh has released her chats with Bobrisky to show the genesis of their fallout and to also deny Bobrisky’s claims that she has refused to give her back the money she owes him.

Their chat shows that Tonto chose to keep her distance from Bobrisky after the crossdresser shared a post she believed was a shade at her.

In another chat, Bobrisky called out Tonto for not turning up for his birthday and for not telling him that Mompha donated towards her charity organisation.

Tonto said she shared the chat to show that she has been asking Bobrisky since the beginning of the year to send his account number and collect what she owes him but Bobrisky has refused to because he wants to keep “holding the money over her.”

You asked me to fight Annie Idibia, Rosy Meurer- Bobrisky spills, fires back at Tonto Dikeh