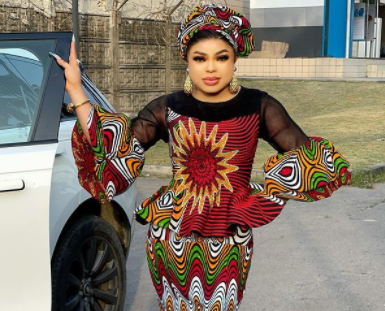 Bobrisky has said he doesn’t fake it as he showed off a bag of cash on his Instagram page this morning.

This comes hours after his former bestie, actress Tonto Dikeh, said that some people live fake life for the gram. According to Tonto, some people spend as much as N300, 000 to pay bureau de change operators to borrow N5 million they show off on social media.

Well, Bobrisky has since taken to his Instagram page to state that he doesn’t fake things.

He posted a bag of Naira notes and wrote;

”If you are following me on snapchat, you will notice dis money has been with me for weeks, we don’t fake it. E choke”

He also shared some cryptic posts. See below

You are the fakest. Na you still move go man house wey never marry but you come on Instagram to motivate girls”- Bobriksy continues to write