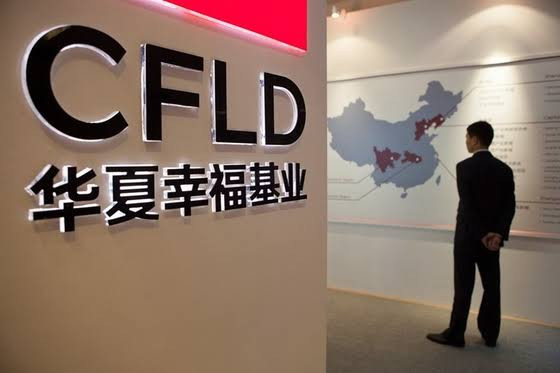 According to China Fortune Land Development, China Create Capital was supposed to have invested the funds on its behalf, but instead they have  ‘lost all contact’ with the company.

Fortune Land has now told investors it has reported the issue to Beijing police.

This comes after the firm unveiled plans this December to restructure its debts after defaulting on billions of dollars of bonds.

In 2018 one of Fortune Land’s overseas operations signed a deal that entrusted a company called Wingskengo Ltd to provide investment management services to the property developer, according to a document filed this week with the Shanghai Stock Exchange.

The filing goes on to detail how, as instructed by Wingskengo, Fortune Land transferred $313m to China Create Capital.

Fortune Land said it had expected the investment to generate annual interest of 7% to 10% until the agreement was due to expire at the end of 2022.

However, Fortune Land said it is now unable to contact Create Capital, adding there is “no way to judge” what impact the missing money will have on its current and future profits.

Like several other major Chinese real estate companies, Fortune Land has seen its shares plummet in recent months as the industry was gripped by a debt crisis.

Dr. Olubamiji narrates how her sister got cancer 6 months into her new job in the US after hawking pepper in Nigeria