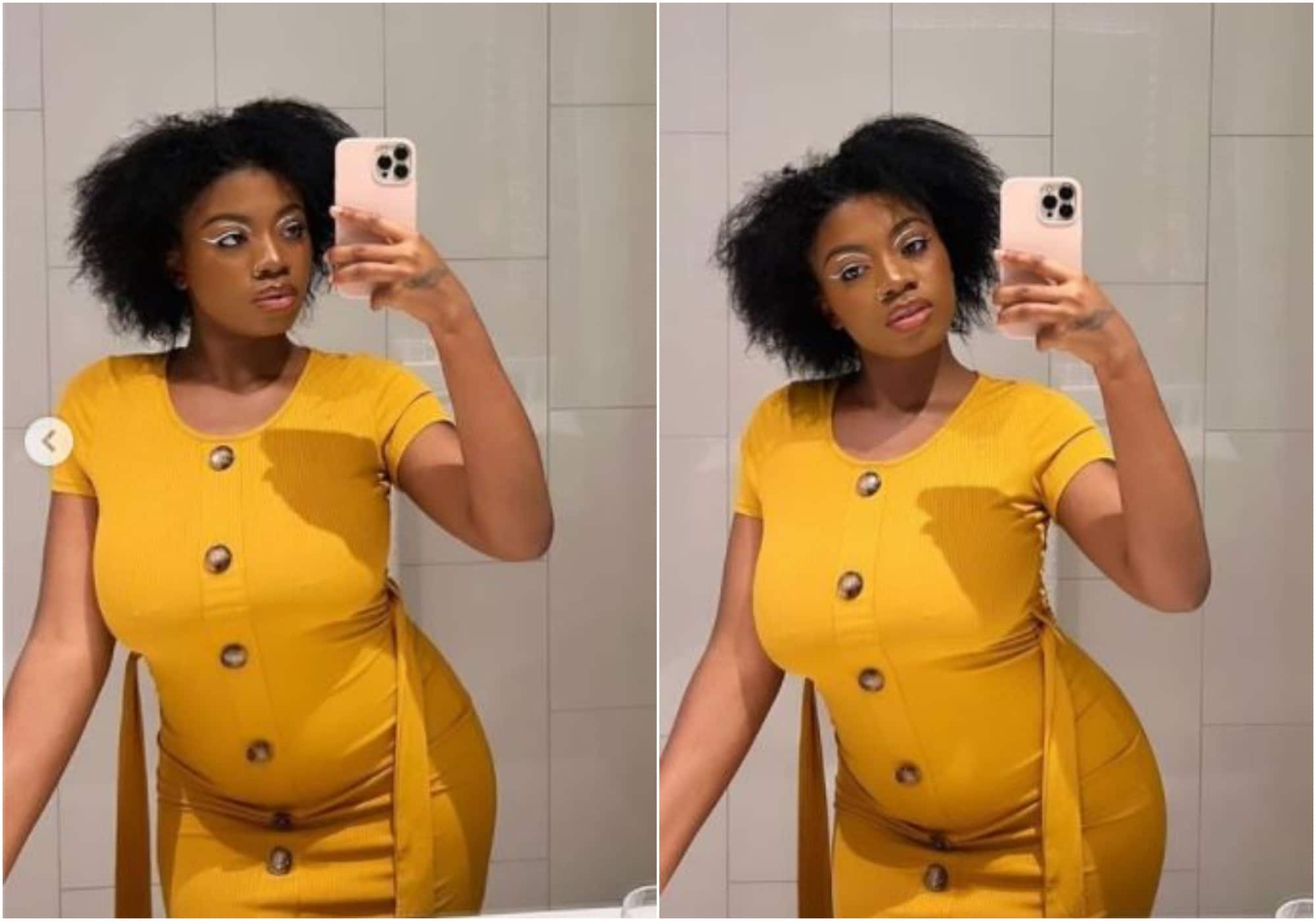 Big Brother Naija reality TV star, Angel Smith, has reacted to speculation of pregnancy by many Nigerians after photos of her with protruding belly surfaced online.

Kemi Filani News recalls Angel in the photos which made rounds on social media was seen wearing a yellow dress while posing for the camera in front of a mirror.

The photos generated mixed reactions from netizens asking if Angel is pregnant and the baby might belong to his colleague Cross.

Similarly, others berated Angel for mocking the waist trainer brand she represents, stating they would not be happy with her for putting out such pictures online.

Reacting to this, Angel, in a post shared on her Instagram story on Saturday, said netizens should stop commenting on people’s weight as it is not their business.

In her words: Stop commenting on people’s weight. It’s not your business.